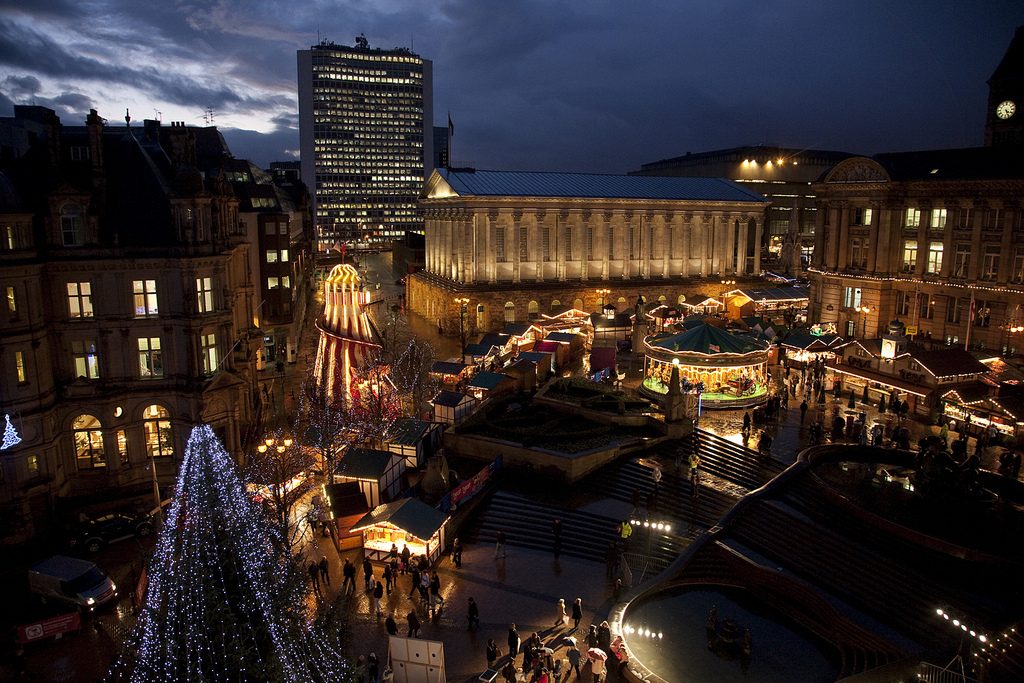 Birmingham’s internationally renowned Christmas Markets return to the city for six weeks from 17 November – and for the first time will remain open until 29 December.

This year the Frankfurt Christmas Market – organised by Birmingham City Council in partnership with Frankfurt Tourism and Congress GmBH, and sponsored by Wilmott Dixon – forms part of celebrations marking the 50th anniversary of the cities’ twinning.

The Lord Mayor of Birmingham, Cllr Carl Rice, will officially open the Christmas Markets on the following dates and times:

On the 17th November, the Mayor of Frankfurt, Peter Feldmann, will join the Lord Mayor for the 50th anniversary celebrations and the opening of the Frankfurt Christmas Market.

The Lord Mayor said: “It is a tremendous honour to be able to officially welcome the Christmas Markets back to Birmingham – especially as this year marks the 50th anniversary of our twinning with Frankfurt.

“This is one of the most anticipated events in Birmingham’s calendar, drawing millions of visitors to our city each year, and for many its arrival marks the start of the festive season.

“With two distinct markets offering a wide array of gifts, food and drink, plus the ice rink and big wheel, there will truly be something for everyone.”

Together, the Christmas Markets comprise of 138 stalls spanning approximately a mile from Centenary Square, along New Street to the Bullring. Pedestrian access to Centenary Square from Victoria Square will be via Fletcher’s Walk – a route that is well signposted.

The Frankfurt Christmas Market features festive stalls in Victoria Square and New Street selling a wide range of products and tempting foods, plus live performances on the bandstand and music from our media partner Heart 100.7 – this event has become the biggest authentic German market outside Austria and Germany.

The Christmas Craft Market will be based in Centenary Square with a host of stalls offering a wide range of handicrafts and locally-produced food and drink. It will be open from 19 November until 20 December.  Both markets will open every day from 10am to 9pm, except Christmas Day when the Market will be closed.

The popular ice rink and big wheel, which also returns to Centenary Square, will be open from 19 November until 8 January, from 10am to 10pm. Ice rink sessions are on the hour and last an hour.

Advance tickets can be booked here.

Visitors to the Christmas Markets are being reminded to use public transport wherever possible, as important works continue as part of the well-publicised Paradise redevelopment.

For further information about the market visit www.birmingham.gov.uk/frankfurtchristmasmarket or follow @thechrismoose – the world’s only tweeting moose (to our knowledge) – on Twitter.