The BCA Education Group draws support from the major universities/colleges and beyond to celebrate and recognise the significance of our Commonwealth connections. 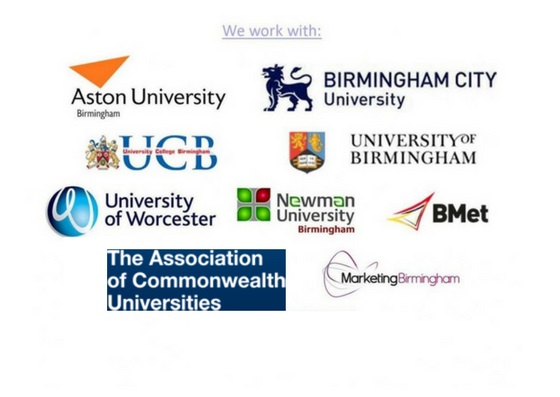 Chair of the Education Group

This group carried out a 9 month survey to calculate the economic contribution International students (non EU students) brought to Birmingham and Greater Birmingham during the period 2013/2014. All five Birmingham Universities and two of the larger Colleges were invited to participate. The information they submitted  identified the student fees paid to them, the spend of their students in the city and beyond on accommodation/social/food etc. and the resultant jobs their spending contributed to the local economy and finally, the income derived by Birmingham Airport, hotels etc. as a result of friends and family of students visiting the city. The result – International students contributed £412 million in 2013/14 to Greater Birmingham.

BCU joined a tripartite delegation organised by the BCA in April 2016 to Jamaica. They were subsequently successful in an International Credit Mobility bid to work with the University of the West Indies to assist them in raising research capacity and capability.

For further information, write to distinctly-bca@birmingham.gov.uk.