On Monday 12th May the Lord Mayor of Birmingham, Cllr Yvonne Mosquito hosted Mr Robert W. Johnson, US Ambassador to the United Kingdom. The main purpose of the visit was to attend the premiere screening of a documentary film, Six Triple Eight, which commemorates the history of an all African-American military women battalion serving in a postal unit in Birmingham in spring 1945.

For several months, the 6888th Central Postal Directory Battalion was stationed in Birmingham, where they played an essential role in supporting morale by ensuring the troops stayed in touch with their loved ones back home. The film focuses on a battalion of more than 700 African-American women volunteers, commanded by Charity Adams Early, the first black woman to become an officer in the Women’s Army Corps. 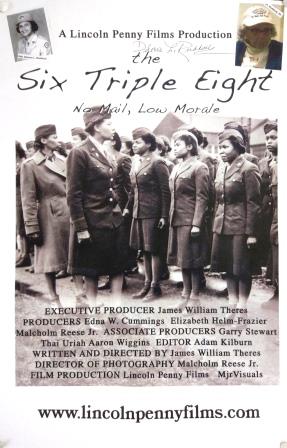 The contribution of the 6888th was much more than simply sorting and routing mail – they played a vital role in sustaining morale. In doing so, they challenged stereotypes and represented a change in racial and gender roles in the military. Their motto was ‘no mail, no morale’.

The screening was followed by a Q&A session, where attendees were able to chat with the crew members, who travelled through the UK during the Six Triple Eight Tour. The documentary will be also screened on the campuses of the University of Birmingham and Aston University. 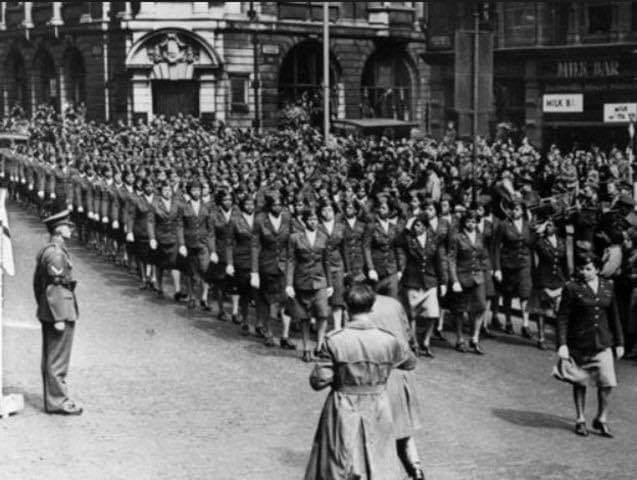 Military Women from the 6888th Battalion marching just outside the Council House, 1945.

After the screening, Lord Mayor of Birmingham hosted an official dinner for the invited guests. In addition to the Embassy and Council staff members, there were representatives from the British Army, local and international businesses, universities and schools. 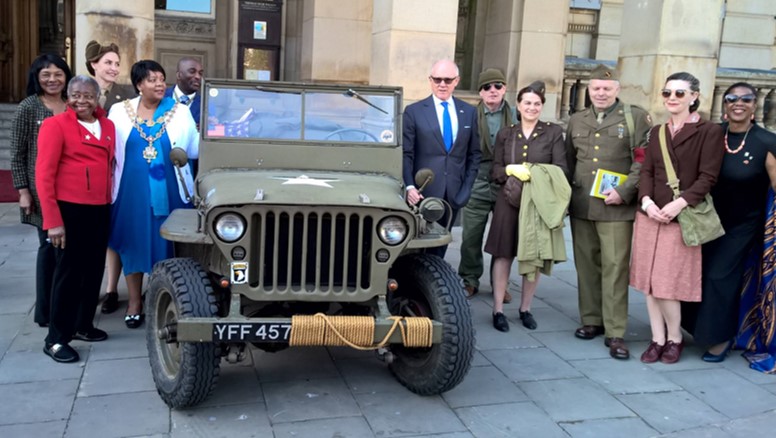 Another highlight of the evening was the announcement of the Birmingham edition of the Global Youth Ambassadors Leadership Summit. GYALS is an intensive program which aims to build a new generation of leaders. The program focuses on values and skills in relation to relationships, cultural awareness and leadership development. It is organised by the Chicago Sister Cities International (CSCI) and the University of Illinois at Chicago. In 2018 twenty five girls participated in the programme, including two Birmingham students from St Paul’s School For Girls, who flew to Chicago last July. 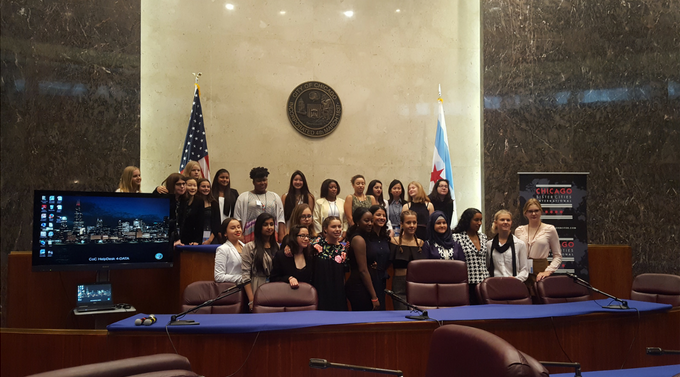 Participant of the GYALS 2018 in Chicago

Elizabeth who was one of the Birmingham participants of GYALS in 2018 reflects on her experience from the programme – The Global Youth Ambassadors Leadership Program helped me as it broadened my political knowledge, and led to me having greater insight into movements such as feminism. This has resulted in me taking Governments and Politics at A-level, broadening my political activism and love for debate. I am truly grateful, as I have gained long-term friends, not only did the programme give me opportunities, it also increased my confidence as it allowed for situations where I needed to ask for cards and contact information for future connections, this meant I am now more
equipped when calling law firms for work experience for instance.
Elizabeth Ajay Yr. 12

Wendy adds on her experience – Since the summit I’ve been in touch with some of the
other ambassadors .The summit made me aware of what it was like to be a girl in
different countries and allowed me to make new friends. Meeting influential women enlightened me on how they changed the fields they worked in.
Wendy Anderson – Nyafre, Yr. 11

Subject to sponsorship, the Birmingham programme will take place in summer 2020 and aims to target students from disadvantage backgrounds to apply for one of the 15+ local places; 10 places will be reserved for international girls from the partner cities.