Birmingham’s Literature Festival was a great success this year. We are particularly proud we were able to be a part of the Europe Day organised on the 8 October and link it with the celebrations of Frankfurt and Birmingham 50 years of partnership.

Frank Witzel is an essayist and novelist, illustrator and musician. He is best known for his novel The Invention of the Red Army Faction by a Manic Depressive Teenager in the Summer of 1969, which won Germany’s most prestigious literature award, the German Book Prize in 2015. This novel, described as “a brilliant linguistic work of art that is a vast quarry of words and ideas – a hybrid compendium of pop, politics and paranoia” by critics, takes an enigmatic look at Cold War Germany seen through the eyes of a 13 year old boy.

Diego Marani is a celebrated Italian novelist, translator, and journalist and the creator of the mock language, Europanto, made up of every European language but without rules or grammar. Marani works as a Policy Officer at the European Union. His New Finnish Grammar, the story of a soldier’s disputed identity, with echoes of The Return of Martin Guerre and The English Patient, ranked top of the Guardian bestseller lists and acquired something of a cult status in the UK. His latest book is The Interpreter.

Europanto, pop, politics and paranoia these are only few of the subjects the writers covered in their discussions. Their conversations were exquisite, provoking and political as you would have expected from a German and an Italian writers conversing with Nick Lezard literary critic, journalist and all-round champion of European writing, who chaired the discussion. They provoked an in-depth discussion about the future of Europe and lessons we can learn from our joint history.

Many thanks go to Frankfurt LiteraTurm and the Goethe-Institut London who supported the event! 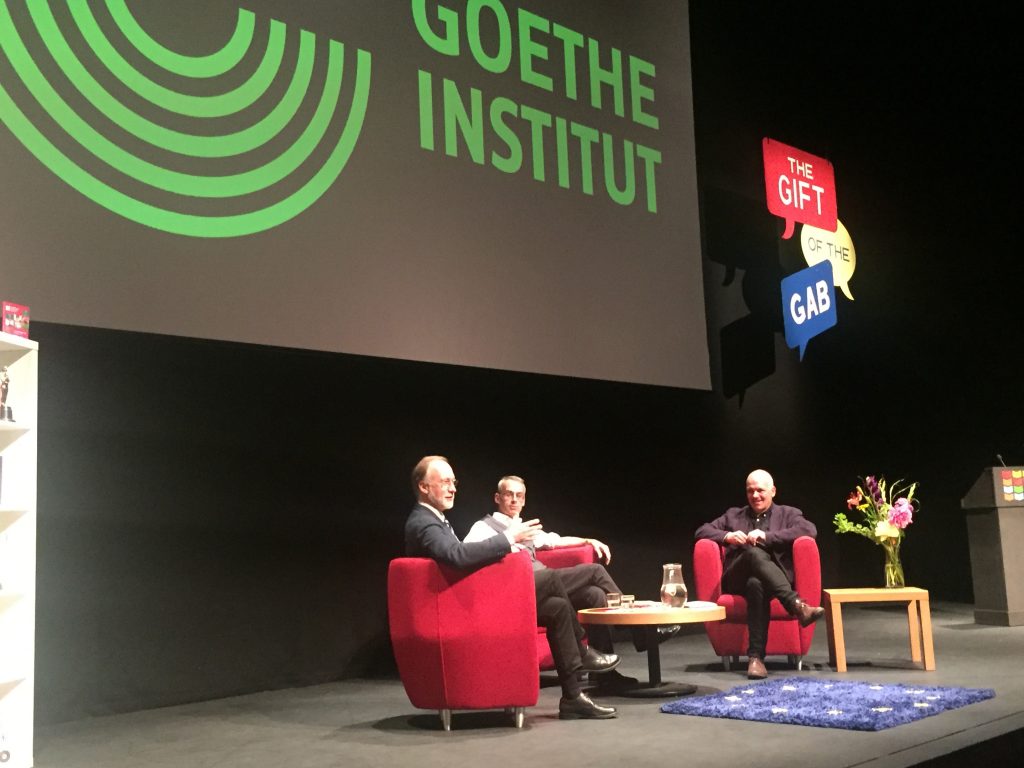