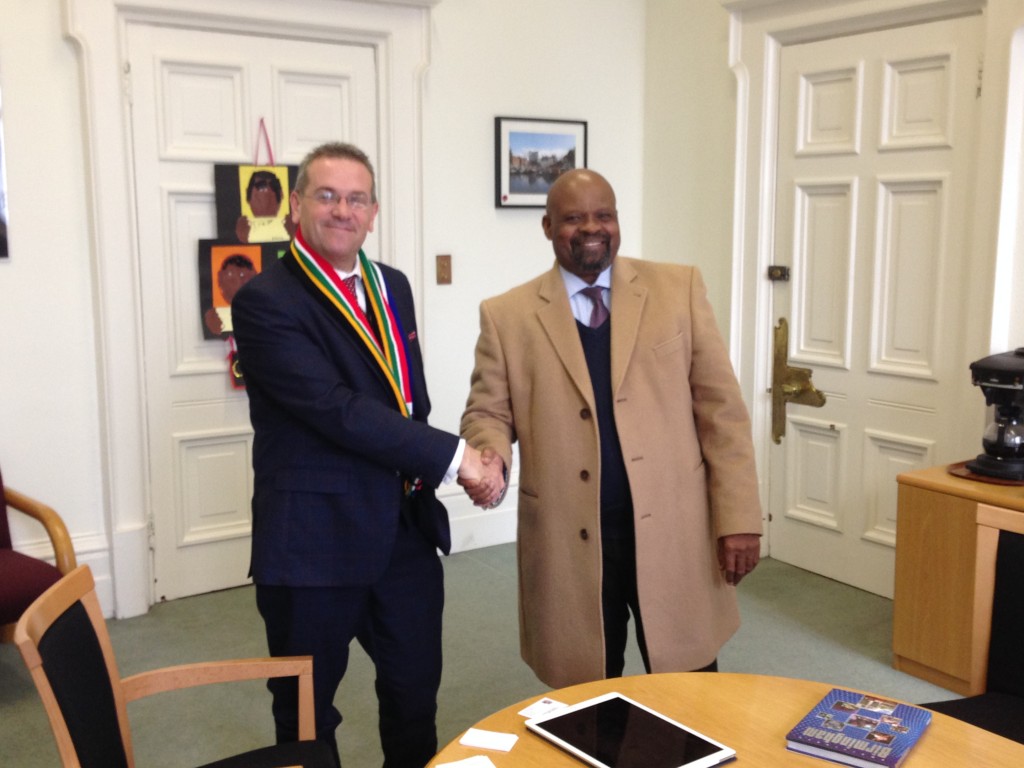 The South African Commissioner to the United Kingdom visited Birmingham on the 22nd of March 2016. The day long visit gave Mr. Obeg Mlaba the opportunity to met with a number of political and economic leaders the city and region including the Lord Mayor of Birmingham, the Leader of the Council and the Birmingham Chamber of Commerce, along with several local businesses. The programme also included a visit to the Birmingham Queen Elizabeth Military Hospital.

The Birmingham Commonwealth Association hosted a working lunch to discus  the current priorities for the BCA’s Trade and Business group. In fact, South Africa has been identified as a key country to focus on 2016 by the group.

The long term development of the sister city relationship between Birmingham and Johannesburg, the largest city in South Africa, was also an important subject during Mr. Mlaba’s visit to Birmingham. 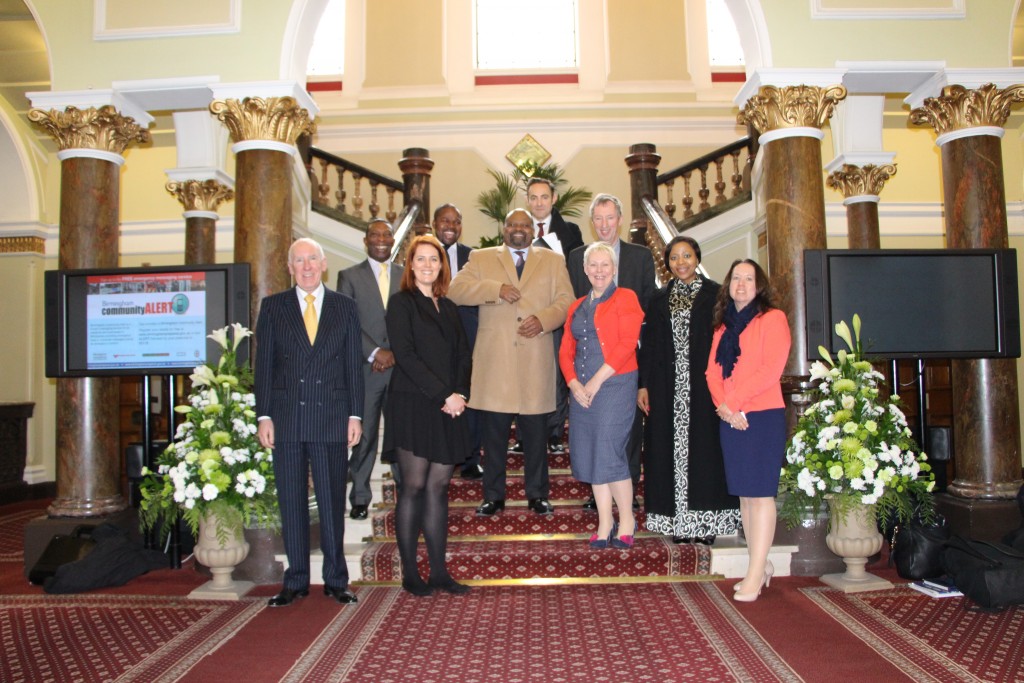 The delegation from the South African High Commission poses in the stairway of the Council House with several members of the Birmingham Commonwealth Association.