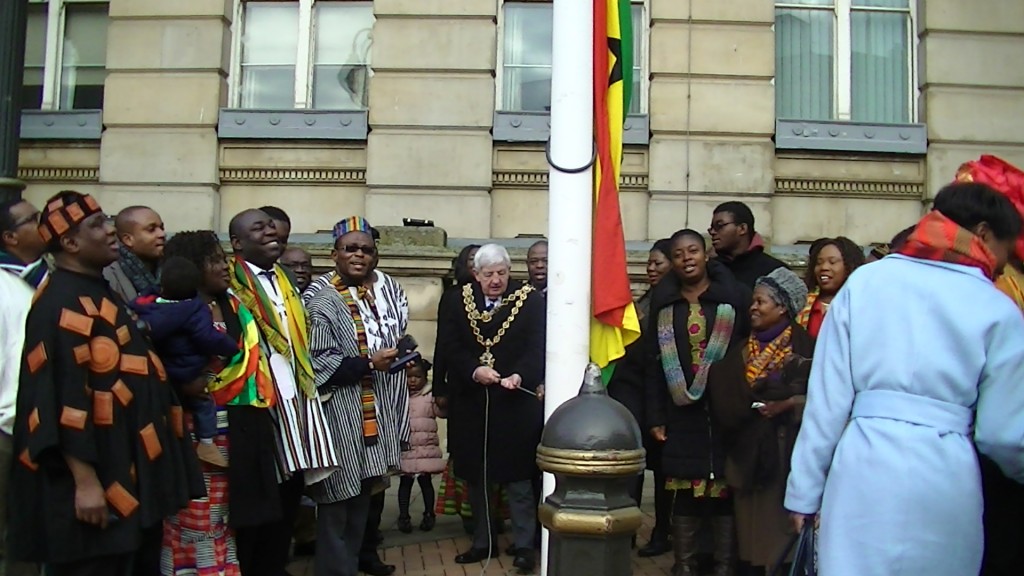 The Union was established in 1967 as the Birmingham African Students’ Union supporting both Ghanaian and other African students, and has evolved through 48 years of history into the Ghana Union Midlands, representing over 2000 members of the Ghanaian community in Birmingham and elsewhere.

Of these, about 30 attended the ceremony that took place in front of the Council House at Victoria square, where the Ghanaian flag was raised and the members of the Union attended a reception offered by the Lord Mayor. 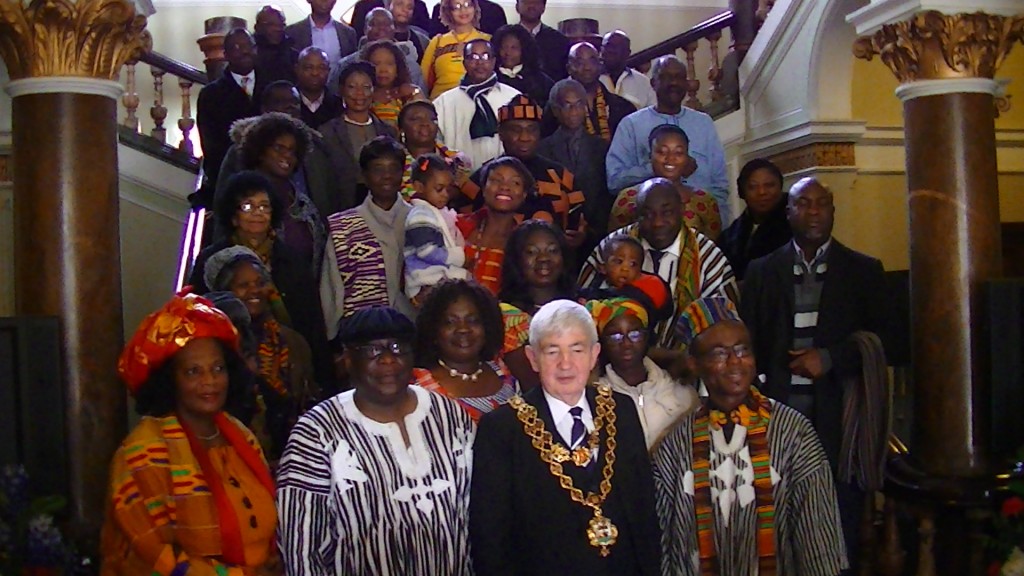 If you are an association representing a Commonwealth country and would like to celebrate the day of your independence, please contact the Birmingham Commonwealth Association through Mike Murray.