‘2,241 Reasons To Remember’ – a Project by Birmingham Hippodrome to Commemorate the 75th Anniversary of Birmingham Blitz

Birmingham was the third most bombed place in the UK in the Second World War. To commemorate the 75th anniversary of the Birmingham Blitz, Birmingham Hippodrome and the award winning arts organisation Metro-Boulot-Dodo presented an evocative multi-media installation to encourage citizens today to remember and reflect upon that. 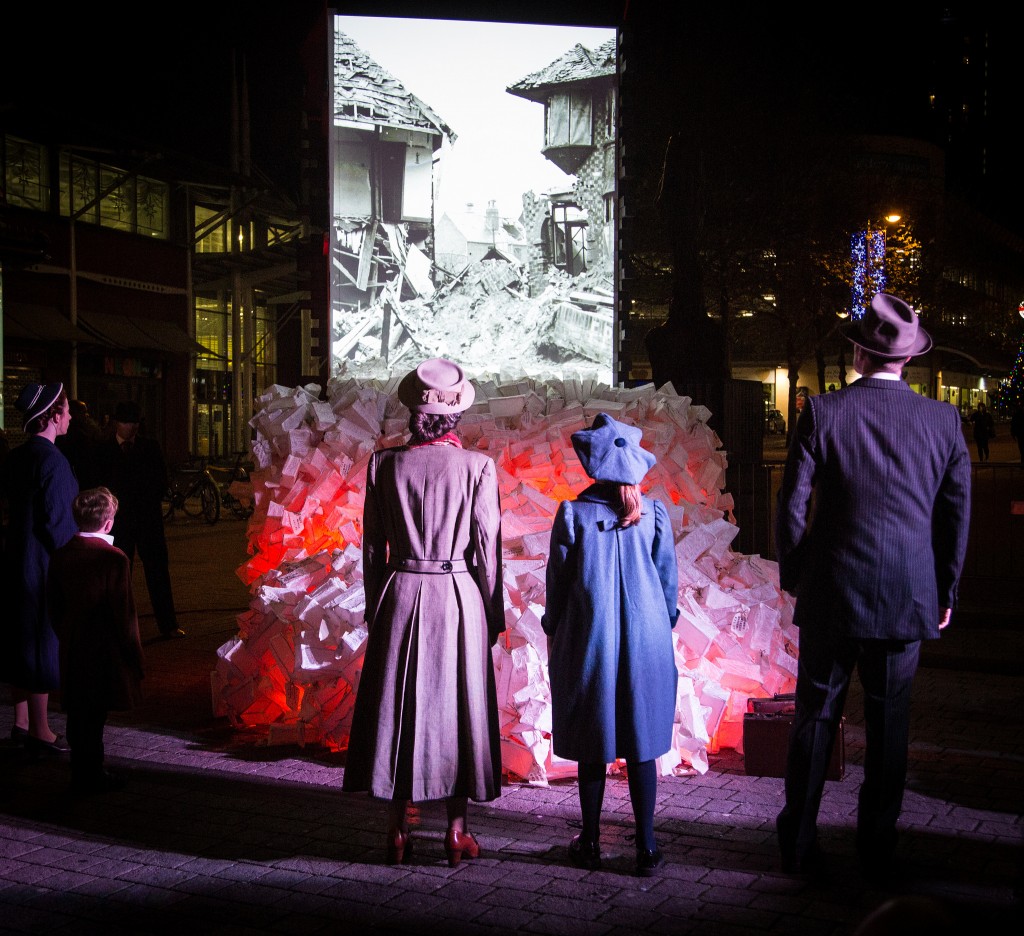 The artwork was located opposite Bullring Markets from 19th until 22nd of November and was called ‘2,241 Reasons To Remember’ referring to 2,241 lives lost in bombing raids in Birmingham in the Second World War.

Choice of site was also due to the fact that Victorian Market Hall where the Bull Ring Markets are situated was destroyed by the bombings.

The installation consisted of the sculpture of half-destructed terraced house with the screen attached to it where the facts, images and documentary footage about Birmingham Blitz were projected. The sculpture was surrounded with 2,241 handcrafted lanterns some of which were laid at its base by the members of public during the unveiling.

Highly Sprung Performance Company delivered a live performance in front of the art installation on the opening day.

During the official opening of the installation, Birmingham schoolchildren and members of the public put brick lanterns around the sculpture.

‘Each of the brick lanterns refers to one of the people who lost their lives during the Birmingham Blitz’, 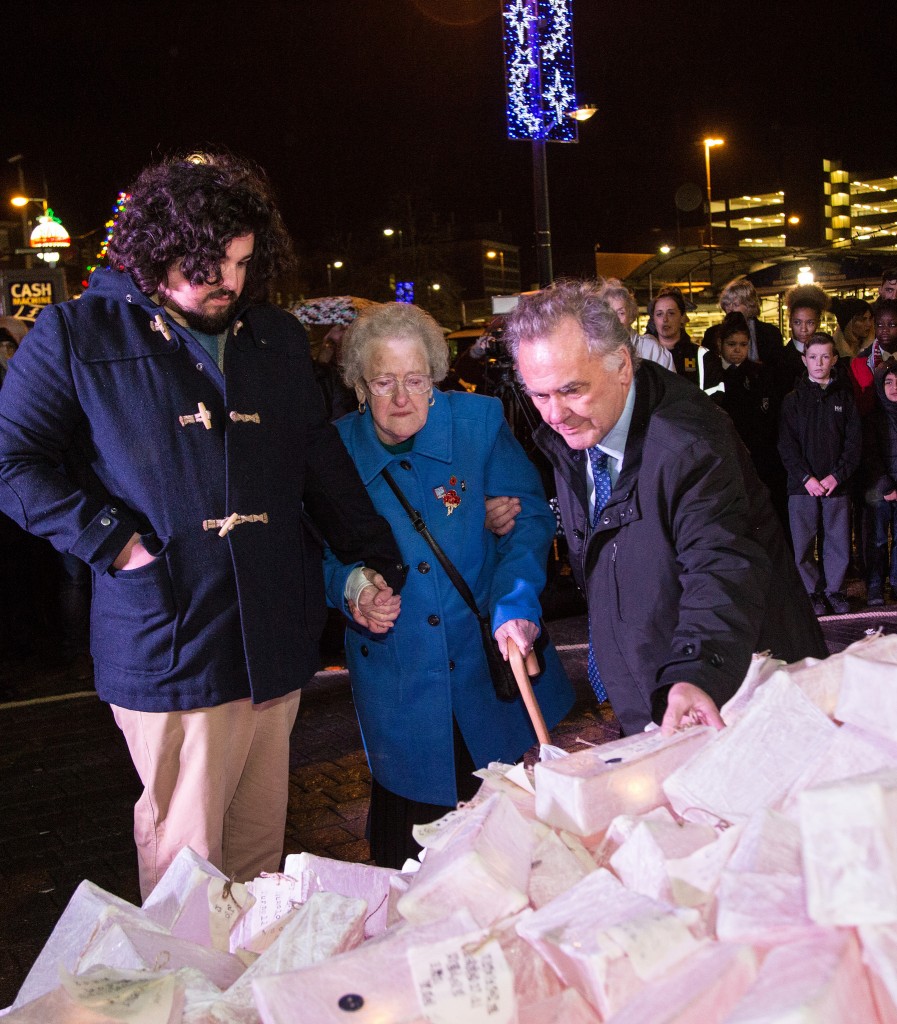 Councillor Sir Albert Bore and members of the public laying lanterns at the base of the sculpture. Credit Vivienne Bailey on Flickr