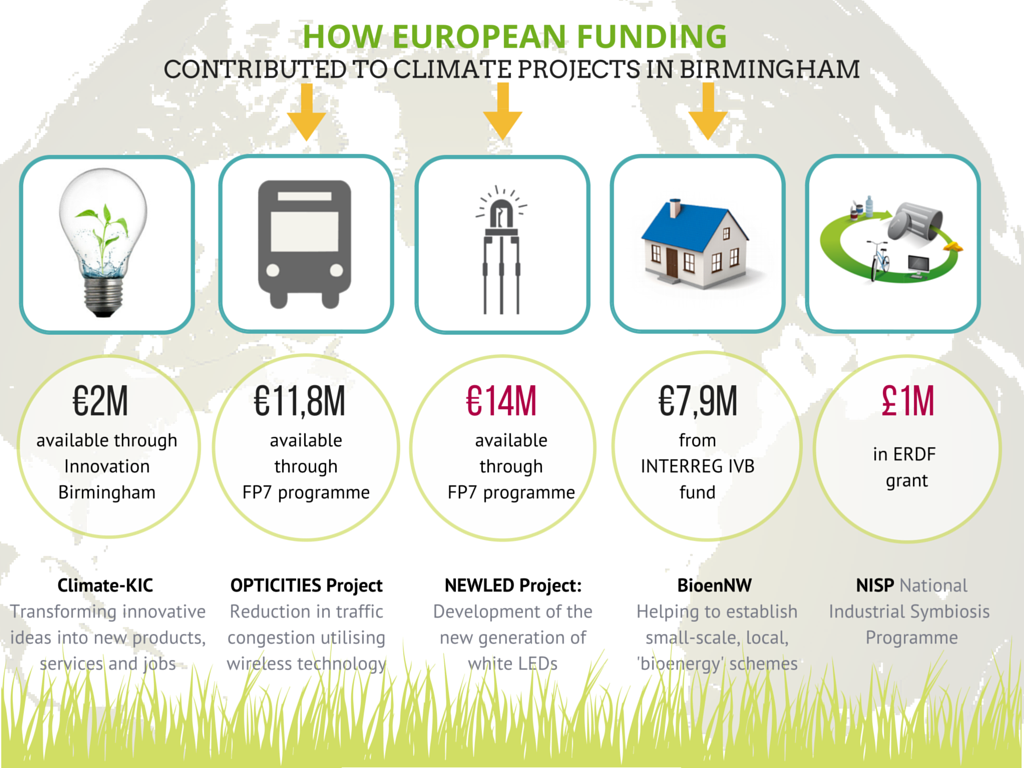 Climate change is a global issue we cannot afford to ignore. Birmingham City Council has set itself an ambitious aim of reducing CO2 emissions by 60% by 2027 compared against levels from 1990. The Council has set out a Green Commission outlining clear priorities for the city:

The targets that the City of Birmingham has set itself are reflected in the projects, for which a significant part of funding comes from the EU. If fully realised these initiatives jointly will bring billions of economic benefits for the region, generate and safeguard thousands of jobs and allow us to tackle important environmental issues (i.e. reduce the carbon footprint, increase energy security, improve resource efficiency and productivity).

Spotlight on projects helping Birmingham to reach its targets:

The infographic above represents 6 major projects funded through such EU schemes as Framework 7 Programme, European Regional Development Fund ERDF, INTERREG IVB and implemented in with the participation of Birmingham universities and businesses.

Birmingham City Council is a partner in the Public Procurement of Innovation in Action Network (PPIA) and the Smart Procurement European Alliance (SPEA) projects. For the continuation of its work on these public procurement innovation projects the city has received €1.2 million from Horizon 2020 funding.