This autumn will be mark a series of events celebrating the achievements, culture and history of Barbados – a member state of the Commonwealth since 1966. The celebrations will be hosted by The 2nd Generation of Barbadians and Friends (Birmingham), chaired by Aaron Mapp, as Barbados will celebrate 50 years of Independence in November 2016.

The Association, founded in 1998, was set up to promote “social, charitable, educational, and cultural activities with the aim of bringing together the extended family and friends”. 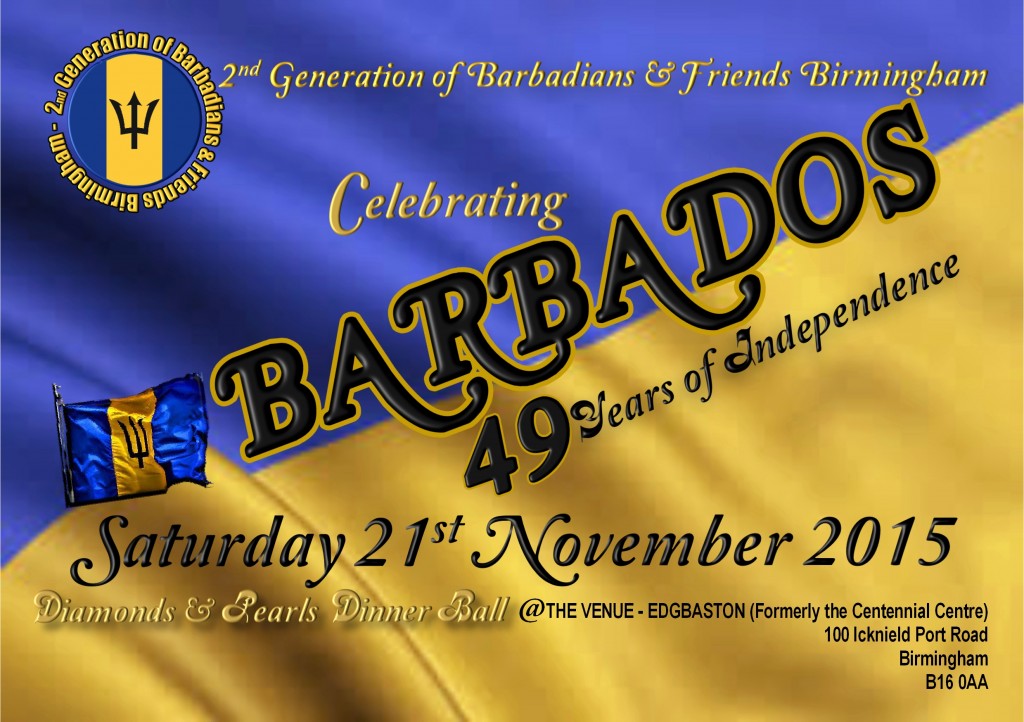 Barbados Independence is celebrated on 30 November and it is hoped that the Barbadian flag will be flown from the Birmingham Council House on that day.