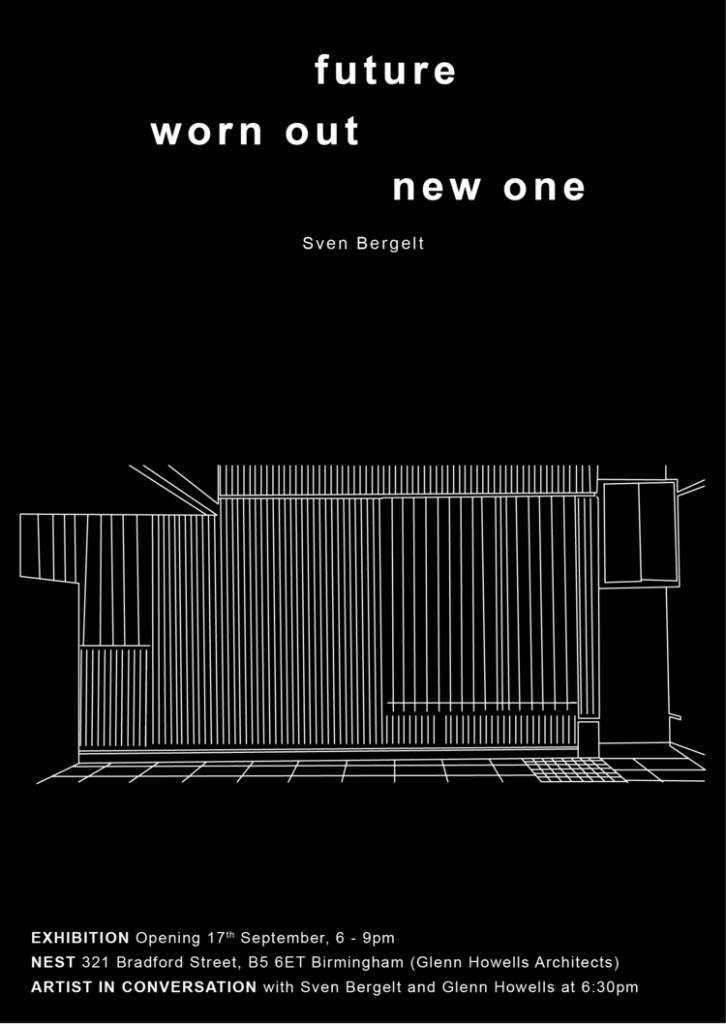 A highly-anticipated piece of work is to be exhibited for the first time at the Nest in Birmingham (Glenn Howells Architects) on Friday, 17th September.

The exhibition entitled “FUTURE WORN OUT NEW ONE” by Leipzig based artist Sven Bergelt is to represent the artist’s perception of Birmingham in his three months exploring the city. The piece focuses primarily on the architectural style of Birmingham in the past, present and future as well as the overriding theme that the city is constantly reinventing itself.

The arts are significant to the City of Birmingham, especially given Mr Bergelt is based in Leipzig, Germany – a city that has been ‘twinned’ with Birmingham since 1992. The exhibition is part of the Exchange@2015.le project created by HALLE 14 – to celebrate the 1000th birthday of the city of Leipzig.

The exhibition will be open to the public until 23rd September.