The Birmingham Made Me initiative showcased its dazzling designs in the heart of Milan’s busy shopping district at the Urban Centre in the Galleria Vittorio Emanuele.  A number of young designers’ creations were showcased including Robert Renton’s clothing, James Plant design and Monique Lee Millinery’s hats.

The event was Birmingham’s contribution to the Milanese Expo in Città – a programme of cultural events for the general public on a wide range of themes, the aim of which is to animate Milan city centre during the Universal Expo.
As a partner city, Birmingham took the opportunity to highlight Birmingham’s contribution to design and innovation as part of the broader Birmingham Made Me (BMM), Birmingham City University initiative. Birmingham’s business community has consistently backed the idea of promoting Birmingham as the Milan of the UK; learning from Milan as a comparator city region and as a centre successfully leveraging the reputation and value of its making and industrial economy to enhance its own brand and reputation by using innovation and design as key differentiators. An exciting programme of presentations and discussions took place over the two days including:

Councillor Tahir Ali, Cabinet Member for Development, Transport and the Economy underlined the importance of the Milan/Birmingham relationship and the importance design-led innovation has for the Birmingham economy. Consul General Tim Flear and UKTI also supported the event. It is hoped that a young designer from the City of Milan will participate in the BMM event in Birmingham next year. 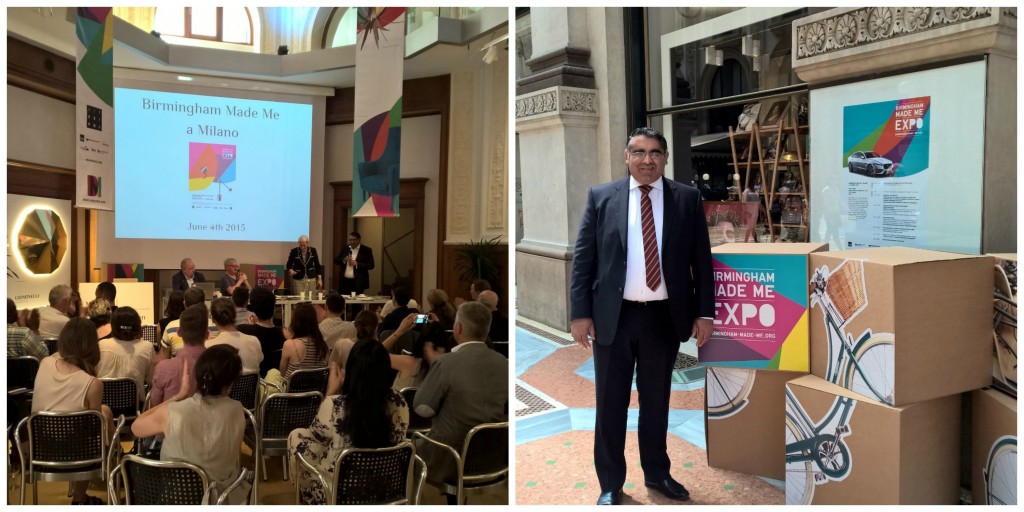