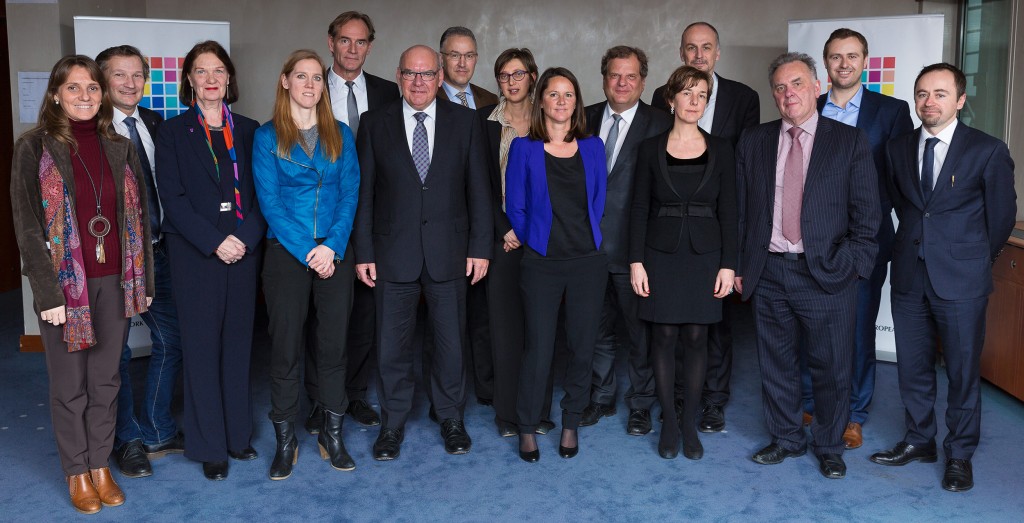 In the photo: City leaders of the Eurocities Network who signed the Declaration on Work on 26 February 2015

On 26 February EUROCITIES launched its Declaration on Work and called for the EU to work more closely with, and allocate more resources directly to, cities to ensure that EU funds really make a difference to tackling the employment crisis.

Launched in the presence of the European Commissioner for Economic and Financial Affairs, Pierre Moscovici, the Declaration is a response to the European employment situation in Europe which remains critical. In the EU as a whole, over 24 million people were unemployed at the end of 2014. Over five million were young people under the age of 25, and 12 million had been looking for a job for one year or more. Full text of declaration is available here