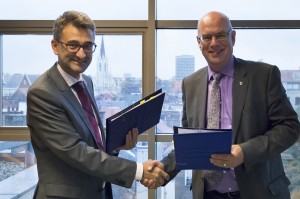 As announced by the University of Birmingham, on 21 October 2014, the University signed a collaboration agreement with the European Commission’s Joint Research Centre (JCR) in Brussels.

The Vice-Chancellor, Professor Sir David Eastwood attended the signing ceremony along with the JRC’s Director General Vladimir Sucha. The agreement will promote mutually-beneficial scientific collaboration opportunities for Birmingham researchers. Ten thematic priorities have so far been identified.These include a focus on: 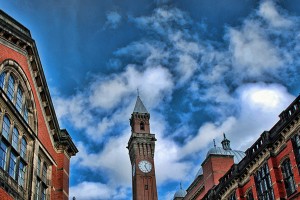 A spokesperson from the University of Birmingham’s Research and Innovation Services said:

“It has been extremely rewarding for the University to have been part of this relationship building exercise at European level, through identifying initial collaboration opportunities to now shaping future research programmes.  The following years are going to be very exciting!”

It is expected that the agreement will bring considerable benefits for the University, including an increased research power, the capacity to shape future research, policy and programmes at a European and international level. The agreement will also accelerate the University’s engagement in established and new European and international research initiatives.