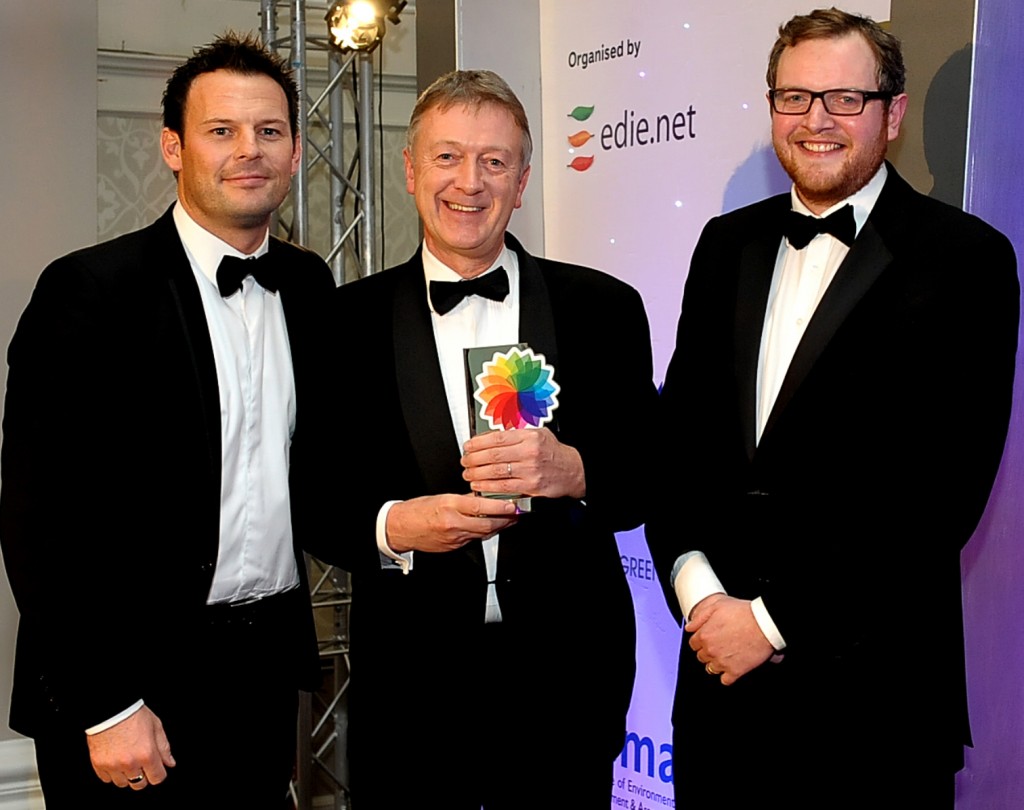 Peter Laybourn, Chief Executive of International Synergies receiving his Sustainability Leader award from David Baldock of edie.net and comedian and host for the evening, Miles Jupp

The Birmingham-based company will now compete with other UK businesses to become National Champions and represent the UK in the European-wide competition. International Synergies Ltd has been selected among more than 17,000 companies across Europe and was evaluated by a judging panel in terms of their commercial success, innovation and business ethics. Last year, the Chief Executive of International Synergies Ltd, Peter Laybourn, had been crowned Sustainability Leader at the 2013 Sustainability Leaders Awards. This remarkable achievement did not only pave the way for entry in the European Business Awards competition, but it was also a reward of the company’s sincere commitment to sustainable business practices.

All National Champions of the European Business Awards competition will be further assessed by a judging panel and the top 100 businesses will be awarded Ruban d’Honneur status. There will be a public voting to determine National Public Champions among National Champions. Both Ruban d’Honneur recipients and National Public Champions will then enter the final competition to become European Public Champions. The judging panel is made up of leading business and establishment figures, industrialists, thought leaders, public servants, academics and entrepreneurs from across Europe.

The European Business Awards aims to recognise best businesses and support the exchange of best practices and provide and encourage the debate about the nature of European businesses in the future. It is sponsored by RSM and supported by Infosys, UKTI and BP Target Neutral.