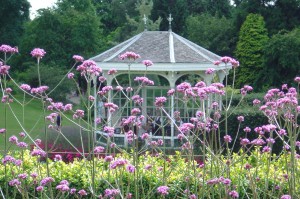 Biophilic Cities is a global network of cities which was launched by the University of Virginia in the United States. It currently has nine partner cities around the world with Birmingham being the third European city to join. Biophilic Cities promote urban design and planning which integrates and brings back nature into the city and to the everyday life of citizens.

According to E. O. Wilson, biologist and Professor Emeritus of Harvard University, humans are inherently connected to nature – a phenomenon which he describes as “biophilia”. As nature is regarded as vital for a fulfilled and healthy life, cities and urban planners are encouraged to advance biophilic design, i.e. to bring (more) nature into the city, making it greener and richer in nature.

Birmingham’s admission to the Biophilic Cities network stands in line with the city’s commitment to becoming one of the world’s most environmentally friendly cities and a world leading ‘green’ city.

Birmingham has 571 parks, more than 3,500 hectares of public accessible space and 250 miles of urban brooks and streams.