Chicago will to host a Mayor’s Round Table on 6th June 2018 as part of their annual “Chicago Forum on Global Cities”. Councillor Ian Ward, leader of Birmingham City Council (BCC) has been invited to participate. This year is particularly important for Birmingham as it matches the 25th anniversary of the partnership between both cities.

Sister Cities since 1993, Chicago and Birmingham display remarkable synergies in terms of their demographic profile, commercial and industrial base and the relationship citizens have with their respective city government structures.

The debate will provide a platform for mayors to exchange best practices and strategies for promoting inclusive growth in our cities.

A broader programme of activities is also being developed with partners across the city. Tuesday, 5th June, will be a business oriented day to explore opportunities for developing further trade and innovation between Birmingham and Chicago. Thursday, 7th June, will be a day full of culture including collaborative maker spaces and culinary activities. Further details regarding the programme will be published in due course.

This week in June follow on from the Annual Chicago Sister Cities International Reception which was held on the 15th March 2018, where Birmingham was highlighted with a mention of honour for the long lasting partnership between both cities. Councillor Ian Ward sent a recorded message from Birmingham, in anticipation of the participation in the Mayors Round Table next June. 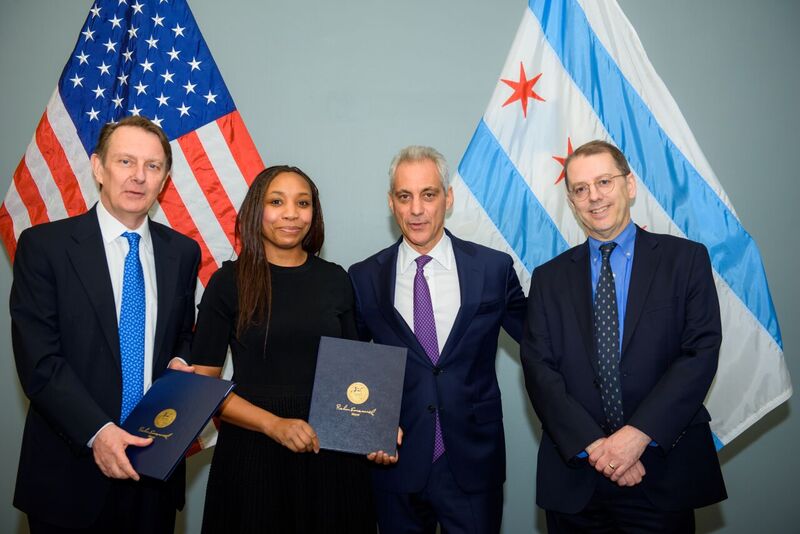