It was pleasing to hear that the Minister recognised the great potential the Commonwealth has confirming that 90% of the worlds growth will be outside the EU.

He noted the launch of the Greater Birmingham Commonwealth Chamber of Commerce on Monday 12th March and that the department for International Trade would engage with the new Chamber.

On the picture below you can see Keith Stokes-Smith introducing himself as President of the new Chamber and Chairman of the Birmingham Commonwealth Association to the Minister for investment, Department for International Trade Graham Stuart MP. 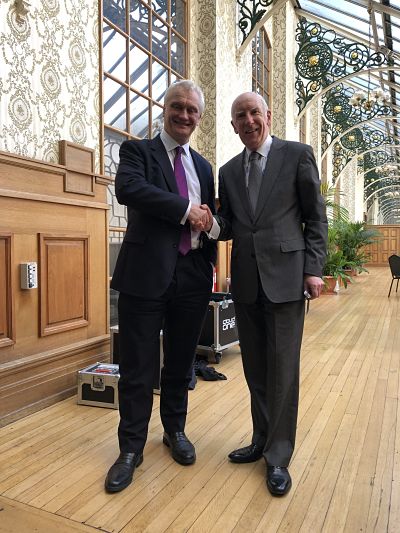