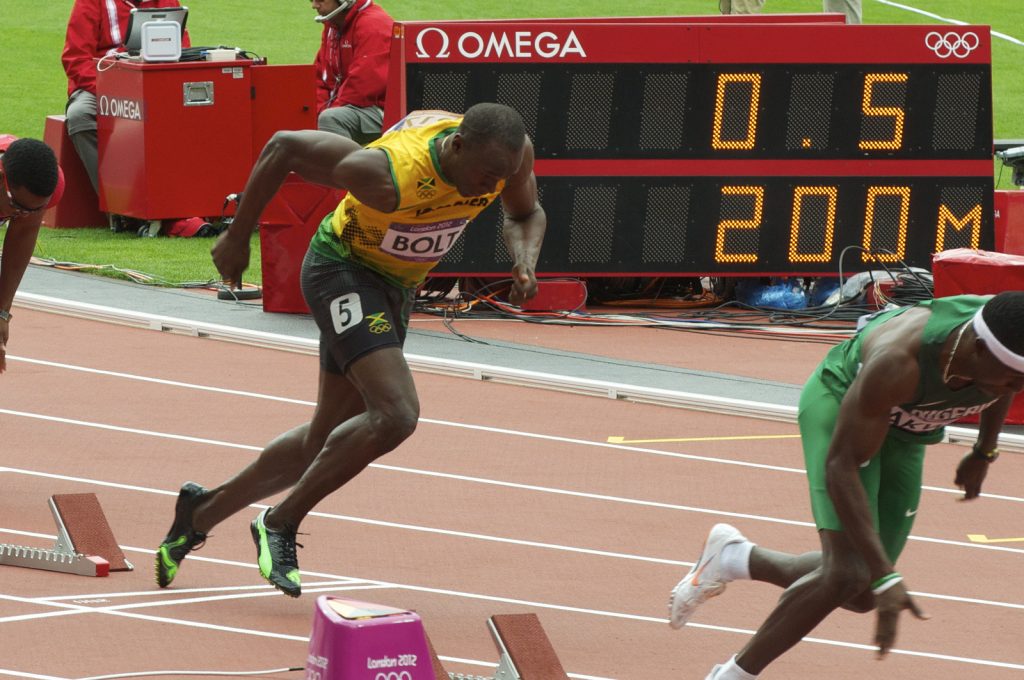 “Usain Bolt after 0.5 seconds ” by Nick Webb used under CC BY 2.0 / Cropped from original

The Jamaican Athletic Team will shortly be at their training camp at Birmingham University  prior to them competing early August at the International  Association of Athletics Federations World Championships in London.
The Birmingham Commonwealth Association in partnership with the Jamaican Consulate, Birmingham, have come together to organise a Dinner and Charity Auction in their honour. Tickets are  available at the price of £100 each by calling the Jamaican Consulate on 0121 551 2772 and ask for Jodie.

Commenting upon the dinner, Mr Wade Lyn CBE, Consul for Jamaica in the West Midlands, said “We  have invited the athletic team to join us for the evening, including Usain Bolt, and are optimistic that they will . We will be having raffle and an auction to include 2 tickets to each of the 100 m on Sunday 6th August, 200 m on Thursday 10 August and 400 m on Tuesday 8th August finals to include overnight accommodation in London that evening”.

The  evening will begin with drinks reception at 7.00 pm . Dress code is cocktail dress or lounge suit

Keith Stokes-Smith, Chairman of the Birmingham Commonwealth Association said “ The BCA are very pleased to share this event with the Jamaican Consulate and look forward to the evening. It has been put together at short notice but we believe it will be well supported. The August athletics in London will be the last time we see Usain Bolt in action so his appearance at our dinner in his and the teams honour will be quite an achievement”.