This was my first time I have fully participated in the exchange programme in Chicago with the sister cities.  The social work exchange programme has been in place for 20 years between Birmingham, Chicago and Hamburg.  The exchange offered participating Cities the opportunity to gain an international perspective of contemporary issues in social care through discussions with fellow professionals.  There were a number of other Cities that participated other than Birmingham, Chicago and Hamburg including Casablanca, Morocco; Durban, South Africa; Osaka, Japan; Paris, France; and Shanghai, China.

Initially I was a little sceptical as I know quite often such trips especially those overseas are seen as ‘Jolly’s’.  However, I was reassured that this would not be the case as the programme is quite intense and there would be a fair bit of immersion work to see first-hand frontline social work.  As the cabinet member, I did have a full itinerary for each day of the programme.  Before we left, I was still a little apprehensive, not knowing what to expect from this trip.  I was just told it would be something I have never experienced before.  And boy was that statement true.

On the first morning after arriving following a full day’s travel, the Birmingham delegation was introduced to our hosts that would be looking after us for the week.  We had taster sessions of all the groups that would take us out during the immersion sessions.

We soon were immersed into Chicago life.  We visited various organisations that were supported by St Anthony’s Private Hospital in Chicago (one of a menu of choices of places to visit).  It was felt that because the State was unable to provide a social care service, social workers used their skills and training to develop the local communities and build resilience.

Over the three days, social workers, politicians, and policy makers experienced how a community was able to develop a proactive service in the community, which was funded by philanthropy ( private funders) because Americans have a philosophy that an  individual can only take credit for what he/she has accomplished themselves for himself by himself.

I found that many people did not understand or care about the idea of a social conscience and looked down on people that where poor or not able to secure themselves in that society.  This meant the gap between the rich and poor was ever present and difficult to bridge.

I learned at great deal, about the reasons why the level of poverty created a great deal of trauma.  The word ‘trauma’ was a very popular word and used to refer to hot issues such as mental health issues; gangs, guns & crime, people in the prison system, the high mortality rate of young men in particular, gender violence, and the distinct segregation of communities.

The visit did provide plenty of opportunities to share practice and approaches, and look at how we could develop practice through policy.  In our system social workers fulfilled our statutory duties, and had little time or capacity to do anything else.  In Chicago the social workers approach was based on the premise that you build key people in the community to strengthen the community resilience and then you see the off shoots from this through community organising.  This enabled a community with community organisations and individuals to identify their own needs and build and strengthen the community from the ground up. The state will assist with seed funding, but they will not lead it. 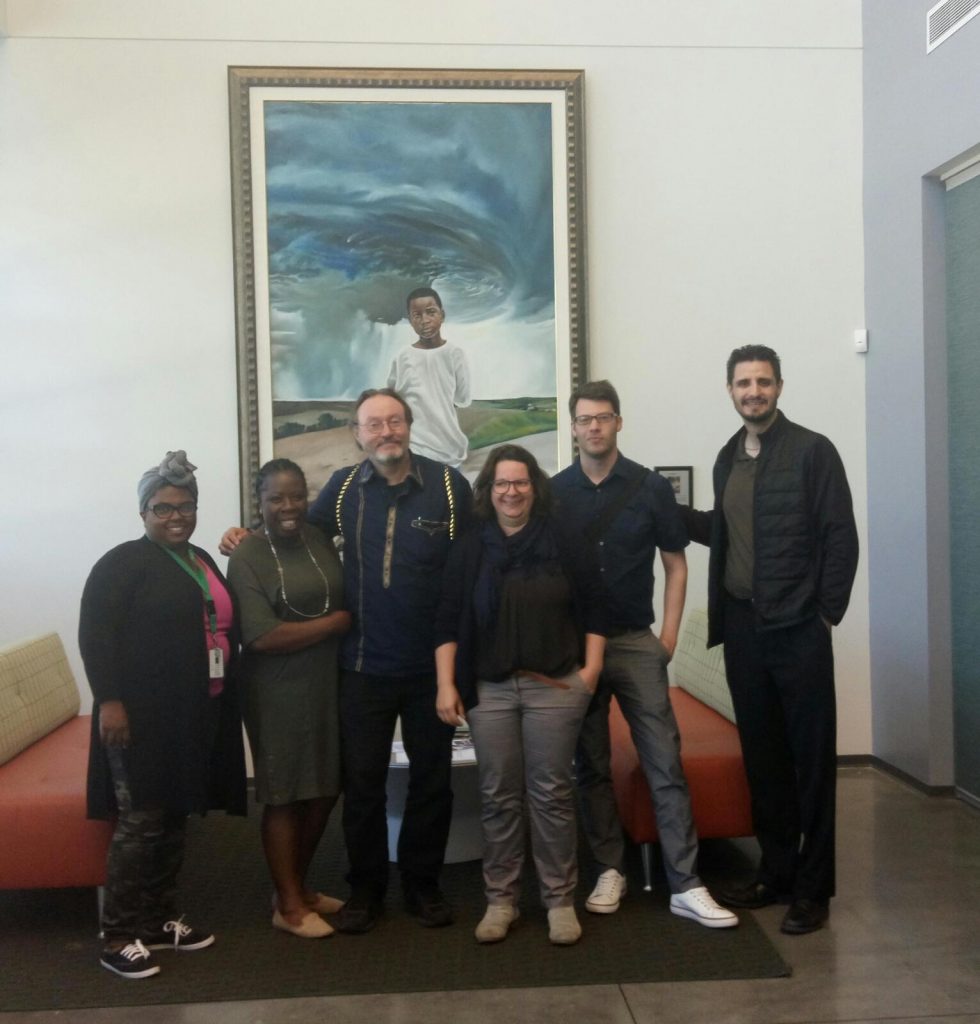 This is when private funding, mentors, and social workers work with the community to identify the needs of that local community and strengthen it.  My prime concern is the number of people who unfortunately slip through the net.  If in Birmingham we are ever able to use some of the ideas regarding the community development angle and creating sustainable communities this would be great, how it would be funded is another thing… There is a gap and need to either broaden the role of the social worker or reinstate community development roles as were performed in the past by social workers, this should be linked to Birmingham City Council as the statutory organisation.  I believe this expert group of local professionals could help lead a change of culture in the difficult area around preventative work in community settings in other ways.

At the conference that took place during the week it was great to hear from other Countries on their approaches in dealing with key social care issues and tackling relationship abuse and I learned a lot on the approaches undertaken elsewhere.

My key reflection on this exchange trip was the concern that if austerity continues parts of Birmingham could become similar to some of the suburbs I visited in Chicago; with lack of integration and a greater divide in health inequalities.  This is definitely not what I want to see for our great City.  I did like the community capacity building that I saw – which is lacking in our City with cutbacks over the years.  The other key point that I wanted to share was in Chicago probably due to the nature of the City and the high levels of crime and the knock on effect that has on mental health etc. the focus is continually on dealing with the trauma rather than focusing on earlier prevention and intervention work.

On an earlier point made a ‘Jolly’ it certainly was not as we stayed at a campus with shared bathroom and had bunk-bed accommodation – it was definitely my first time on a bunk-bed!!!   We were kept busy both during the days and during the evenings talking with delegates from many of the other cities that participated in the exchange. 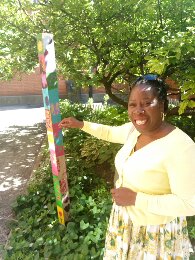