The BCC‘s European and International Office, in co-operation with the Goethe Institut London and the Library of Birmingham, organised a number of events in the LoB during the German week (17th to 24th November). Brummies of all ages had the opportunity to engage in educational and cultural activities and learn about the German culture. 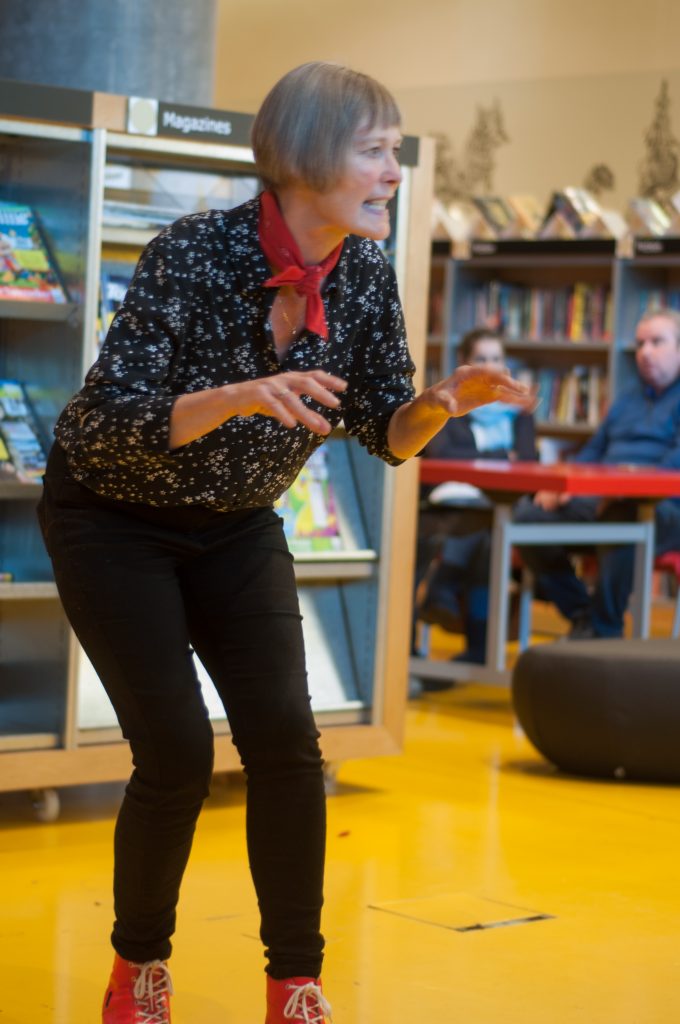 Creative Practioner Lynne Brackley travelled all the way from London to Birmingham to entertain children at the Children’s Library (Library of Birmingham) with stories and songs. She lived in Frankfurt for many years. When she came back to the UK, she partnered with the Goethe Institut London and A.N.D. (A New Direction for arts, culture and young london) to share her love for the German language and German culture.

On November 17th, she took over the weekly Shake, Rattle, Rhyme session getting toddlers and parents to rhyme in Goethe’s language on songs such as Die Räder an dem Bus (The wheels on the bus), Hopp, hopp, hopp! Pferdchen lauf galopp!  (Gallop, horsey, gallop) and Alle meine Entchen (All my little ducks).

Each performance was followed by a crafting session, in which the children could explore their creativity.

The events have inspired the Children’s Library to think of ways of adding languages to their sessions for 2017, as the German sessions had such a positive reaction from their customers.

In partnership with Apples and Snakes, England’s leading organisation for performance poetry and spoken word, a spoken word workshop took place at Brasshouse, allowing young local poets to learn from Frankfurt-based poet Dalibor Markovic’s experience. Dalibor has been successfully performing his poetry on stages in Germany as well as abroad for twelve years. 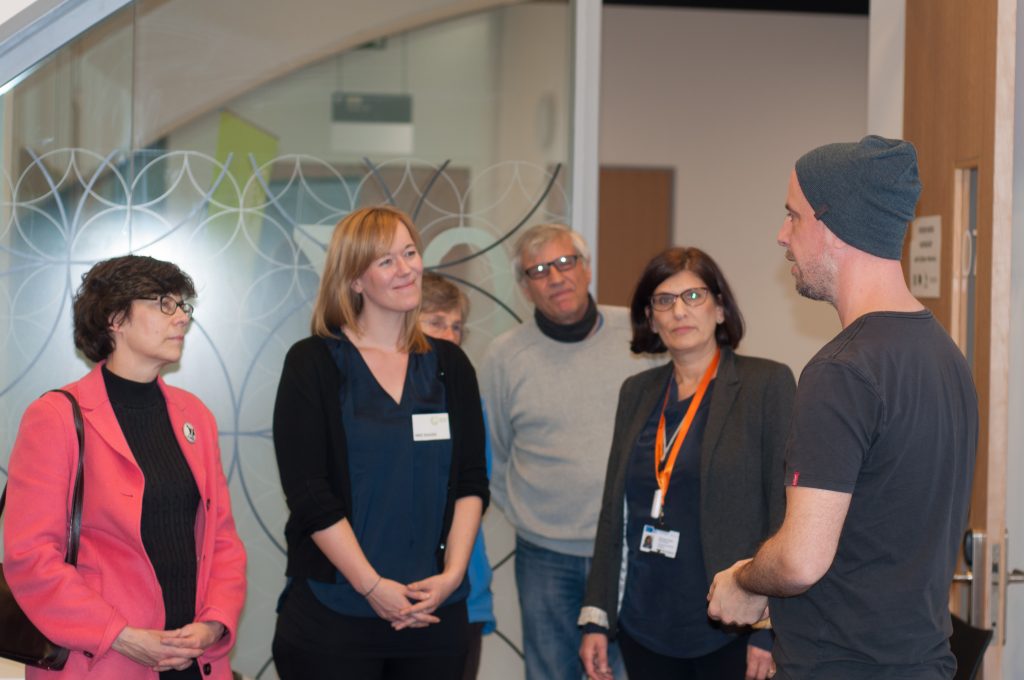 The workshop was followed by a performance later that day as part of Apple & Snakes’s Hit the Ode, a recurring event in the Victoria, showcasing one regional, one national and one international poet and bringing world-class spoken word artists to the heart of Birmingham.

Q&A with Charlotte Schwarzer, Kulturattachée at the German Embassy in London

For this Q&A, in partnership with Midlands German Network, we invited Charlotte Schwarzer, Kulturattachée at the German Embassy in London to lead a discussion about the Future of Anglo-German relations in German. Among the participants were students from the University of Birmingham and Aston University as well as the Coventry German Circle and the Goethe Institut London. All participants of this session were able to send their questions to Ms Schwarzer beforehand.

In the centre of the discussion was the question what is culture and why it is so important for establishing and maintaining ties to other countries – is it just music, art, language, a country’s legal system, literature, traditions etc. or is it so much more?

In the beginning of the session, the Kulturattachée explained that the cultural section of the German embassy aims “to convey the exciting face of today’s Germany and its wide-ranging cultural activities which include the special charm of its capital Berlin, its manifold regional and local traditions as well as an active sports life” rather than a stereotypical representation of the country. Throughout the Q&A, Ms Schwarzer referred to the notion of culture as a ‘soft power,’ meaning a persuasive approach to international relations. 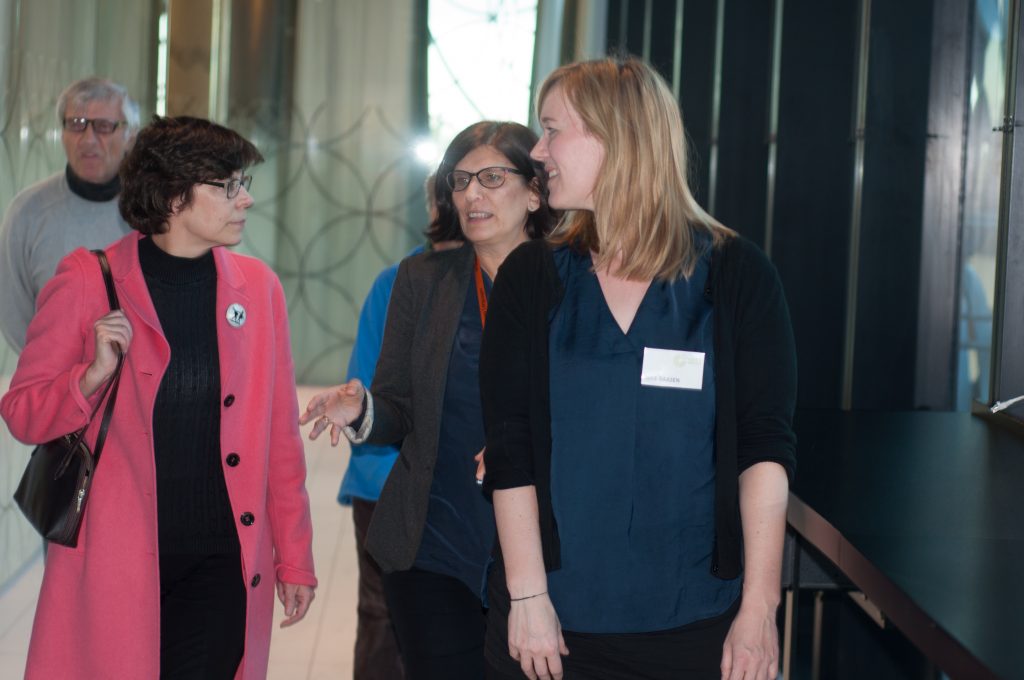 According to Charlotte Schwarzer, embassies devote a vast amount of their time and resources  to cultural events and organisations to break down stereotypes (e.g. Germany as a nation wearing Lederhosen and drinking beer) and to convey a more modern and contemporary image of Germany as well as to find common ground and to focus on similarities rather than differences. Ideally, these efforts will help facilitate the establishment of long lasting relationships to foreign nations.

The attendees of this intimate session were able to voice their own opinions and concerns relating to culture and the future of the Anglo-German relations. Since the occasion of this event was the celebration of the 50th anniversary of the partnership between Frankfurt and Birmingham, the future of this partnership was one of the most important issues. Everyone present agreed that the city partnership between Birmingham and Frankfurt/Main be a vehicle for cultural exchange, the exchange of people as well as ideas and a guarantee of the will to maintain the friendship between the UK and Germany post Brexit and hopefully, the partnership will last another 50 years.