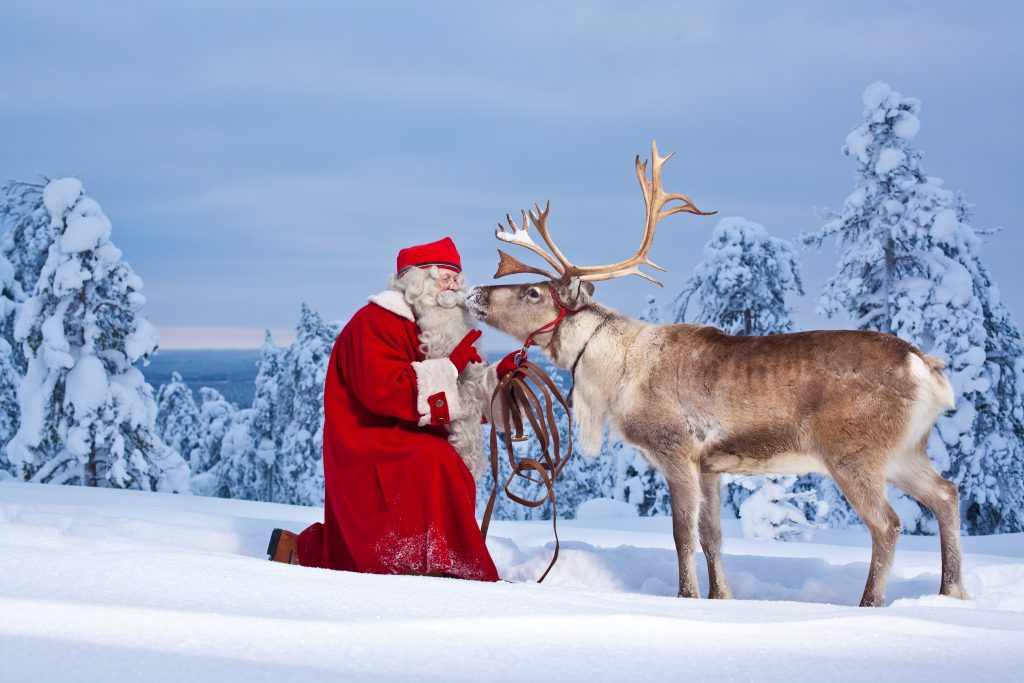 Santa is travelling to the UK from his hometown Rovaniemi on the arctic circle in the Finnish Lapland. During his day in the UK’s second city, Santa will be visiting the Birmingham Children’s Hospital, meeting the Lord Mayor of Birmingham at Council House and walking around the Christmas Markets greeting the public.

Santa’s day in Birmingham starts by visiting businesses and the Children’s Hospital. Santa has teamed up with Birmingham’s local companies and together with his partners,  Lord Mayor of Birmingham’s Charity, Wilkes Partnership, Fiskars, Hotel du Vin, Clements & Church, Kids Out, Aston’s Cars, Acivico, The REP and Creative Tweed, in supporting the Children’s Hospital and together they are raising funds to be donated to the hospital’s charity. This year funds raised are going towards building the UK’s first Rare Diseases Centre for Children.

Santa will then head his way to the Council House where he will meet the Lord Mayor of Birmingham and attend a party organised for local schoolchildren.

Say hi to Santa, take a picture with him and receive a Christmas card Santa has hand-signed. Santa and the Lord Mayor will hand all money raised during the day to a representative of the Children’s Hospital at Victoria Square.

Competition! Take a picture with Santa and share it on Instagram or Twitter using #santaclausoffice and tagging @finland100uk to enter a prize draw* (Terms & conditions can be found here) to win Afternoon Tea for Two at Hotel du Vin, Santa’s official accommodation in Birmingham.

*Rules for photo competition: For entering the competition the participant must post a picture of Finnish Santa in Birmingham on 2nd December 2016 and use hashtag #santaclausoffice as well as tag the Instagram or Twitter account @finland100uk. The winner will be selected at random and contacted through private messaging of the platform – Twitter or Instagram – in question. The prize voucher entitles two persons for afternoon tea at Hotel du Vin. The voucher is not transferable to cash. The voucher is valid until December 30th 2017. Only one prize is given out. Anyone found to use multiple accounts to enter the competition will be found ineligible for the prize draw. Please enter with one or two posts at maximum, multiple entries from the same user in a single day will not be accepted. Twitter, Instagram or Facebook are not organisers or sponsors of the competition and are not responsible for it in any way. The competition is organised through Finland 100 UK website (finland100.uk) which is an independent project by Anna Pirvola. The organiser reserves all rights for changes regarding the competition.

Finland 100 UK: A website gathering together Finnish events in the UK during Finland’s 100th year of independence, 2017. The website will launch along Santa’s tour in the UK.