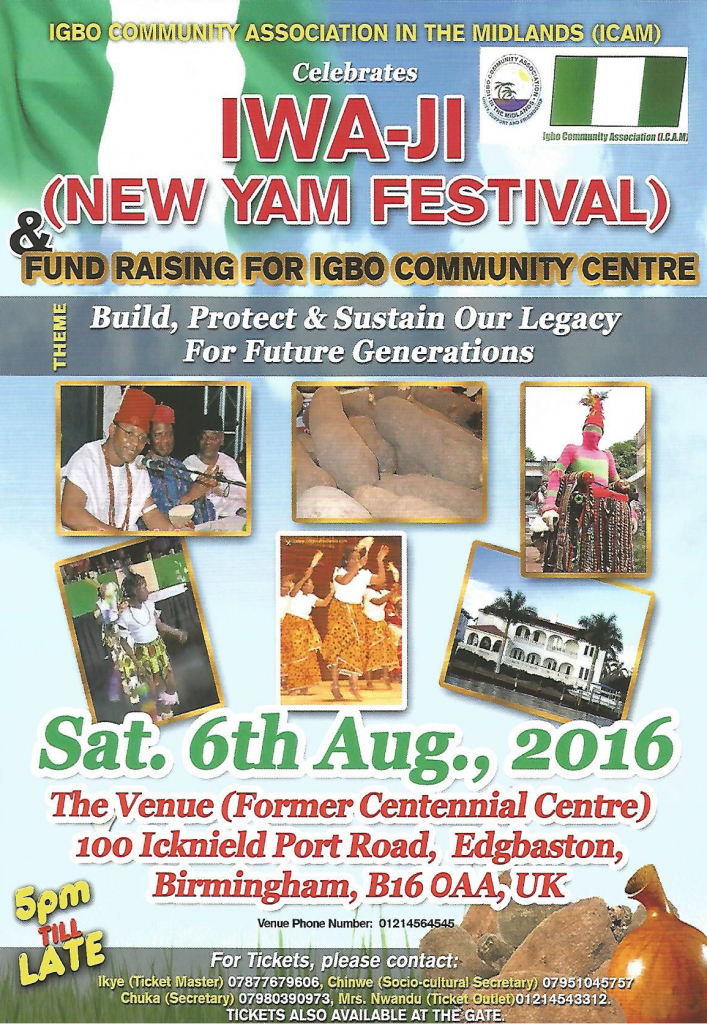 The Iwaji (New Yam Festival) is a traditional cultural annual event celebrated by Igbo Nigerians worldwide the festival is an opportunity for us to come together and share our culture and heritage. This ceremony has been celebrated for centuries and remains an important tradition in the lives of Igbo people.

In the annual Iwaji ceremony event there will be a variety of entertainment including a performance of ceremonial rites, cultural dances by Igbo men, women and their children as well as a display of Igbo cultural activities in the form of contemporary shows, fashion parade, and feasting at a grand scale on a wide variety of food making up the menu of the Igbo people.