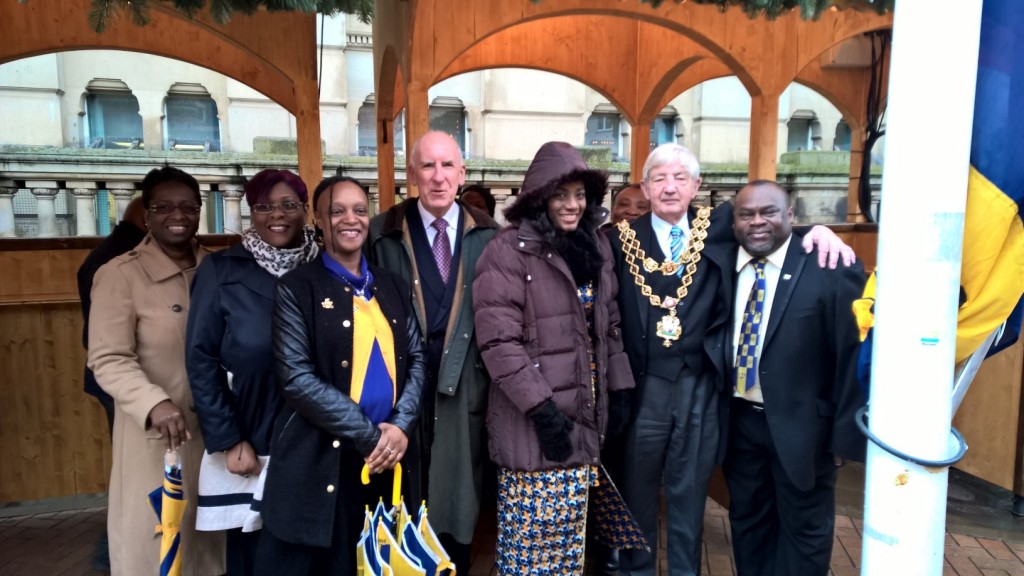 The Birmingham Commonwealth Association were delighted to welcome the Deputy High Commissioner, Alphea Wiggins for Barbados to mark for the first time ever in Birmingham, the 49th year of independence for Barbados.  A flag raising ceremony outside Birmingham City Council House in Victoria Square and was attended by Birmingham-based  group Second Generation Barbadians and Friends and the Lord Mayor, Councillor Ray Hassall. 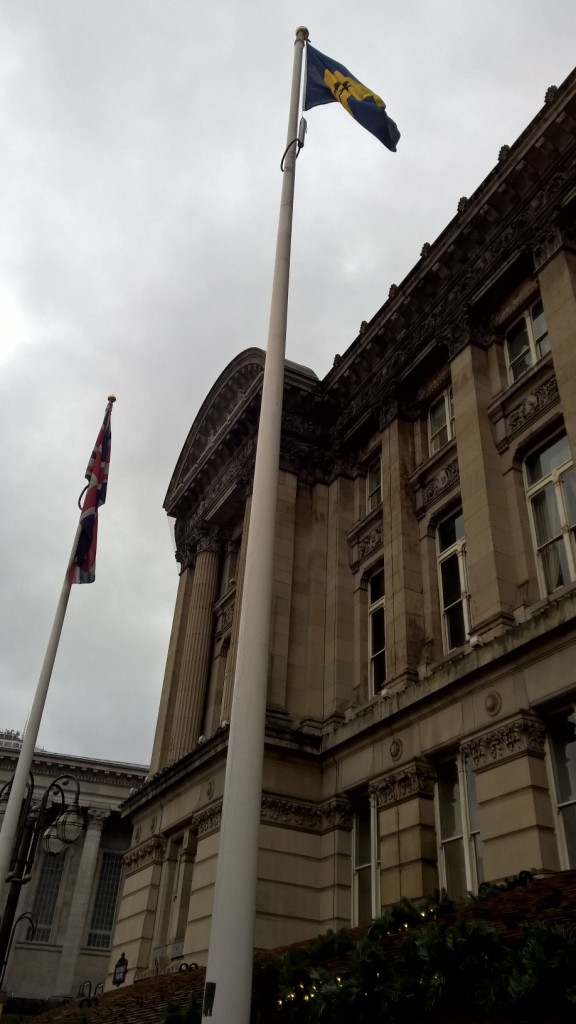 Following the failure of negotiations for creating a new union from the remnants of the West Indies Federation in 1962 the Barbados Democratic Labour Party Government under Premier Errol Barrow announced a decision in August 1965 for Barbados to proceed to independence alone.  The decision was vigorously opposed by the Barbados Labour Party and the Barbados National Party, nevertheless, on 31 January 1966, the Senate followed suit with a 17 to 3 majority.

During the ceremonies leading to the attainment of Independence, Her Majesty Queen Elizabeth II was represented by her cousin, the Duke of Kent and the Duchess of Kent.

The celebrations organised by the government to mark the attainment of Independence ended with a church service held at St Michael’s Cathedral.

At the Garrison Savannah a vast crowd had assembled for this unique historic occasion, despite the threat of further rain, which during the past two days had turned the ground into a quagmire.

At 30 seconds to midnight, a Royal Navy lieutenant commander took hold of the halyard on the flagpole with the Union Jack, while a few steps away Lieutenant Hartley Dottin of Barbados Regiment acted similarly with regard to the brand new Barbados flag.

When, promptly at midnight this was raised at the same time as the other was lowered, it was mildly applauded, signifying a break with the island’s colonial status after some 339 years.

As the guard of honour saluted this symbol of Barbadian nationhood, and the Band of the Royal Barbados Police Force for the first time publicly played the first verse and chorus of the National Anthem, considerably more applause erupted across the Savannah.

The constitutional instruments were presented to Mr Errol Barrow by His Royal Highness the Duke of Kent.