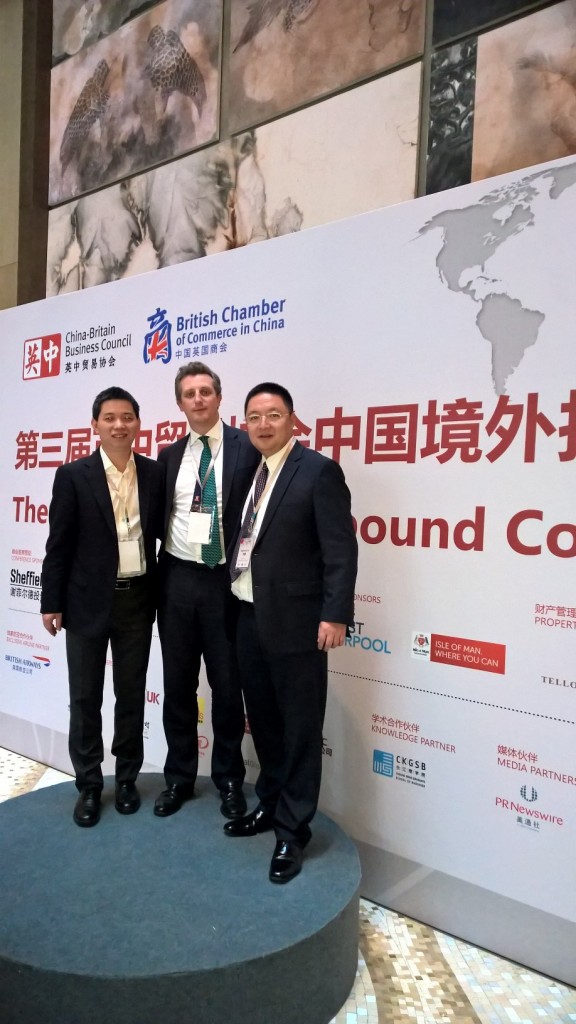 Birmingham was represented on the Property and Private Wealth panel event at the China British Business Council’s ‘Outbound Investment’ conference in Beijing on the 3rd November 2015.

The conference, which targeted investors from the private and state sectors, was aimed at Chinese companies and individuals who are looking at outbound investment in to the UK.

Andrew Dunbar, Head of International Affairs (China) outlined to the property audience how Birmingham was continuously improving the way it operated in the China market and was welcoming large scale capital investment in to two large strategic regeneration sites in Birmingham; Curzon and Smithfield.

Both investment sites are seen as game-changing developments to the city and are of particular interest to Chinese investors due to their scale and the joint development nature delivery with the City authorities.

In addition to this, Birmingham held meetings with several property investors who were looking at mid-market investment and a Chinese Auto OEM who are looking at further expansion in Europe. The conference drew over 400 Chinese investors and many are keen to diversify China focussed investments with forays in to Europe.

Birmingham’s reputation as premier investment location is growing in China and the country is an important market for the Birmingham and the West Midlands with 45% of our exports going to China, representing the only UK region with a trade surplus with China, and being the number one Chinese FDI location in the UK outside of London.

Business between Birmingham and China has enjoyed a further boost with the direct flights between the city and Beijing in 2014 and 2015 with a permanent flight from Birmingham to Beijing, and then on to Hangzhou, in the pipeline for 2016.