How Birmingham landmarks have benefited from EU funding

EU membership for Birmingham has injected a wealth of knowledge, positivity and physical reward for the city.

From the infographic below, we can see the physical changes and improvements Birmingham has received from European Regional Development Funding (ERDF) and European Social Funding (ESF) from Europe since 2003. Birmingham has welcomed significant funding to renovate, reinstate and revitalise important Birmingham attractions and facilities that are significantly important to the city’s economy and tourism. There are positive lessons to be learned from how EU funding has helped to reinvent Birmingham’s infrastructure in the examples below – and the city welcomes the next influx of funding over the next five years.

Below is a map of Birmingham landmarks that have significantly benefited from European funding. 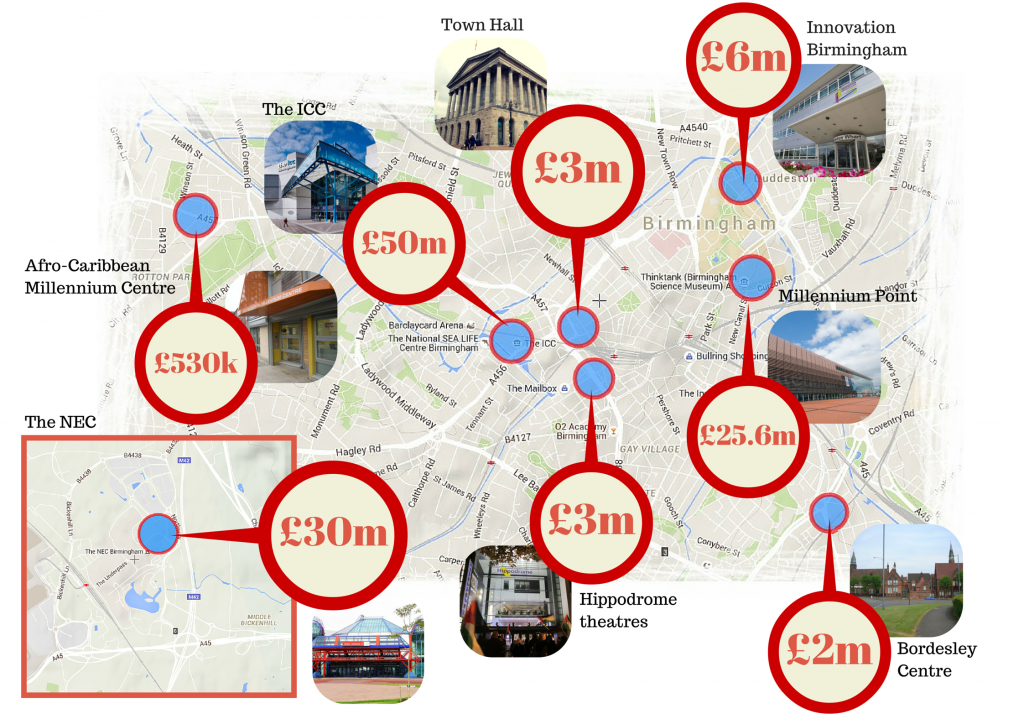 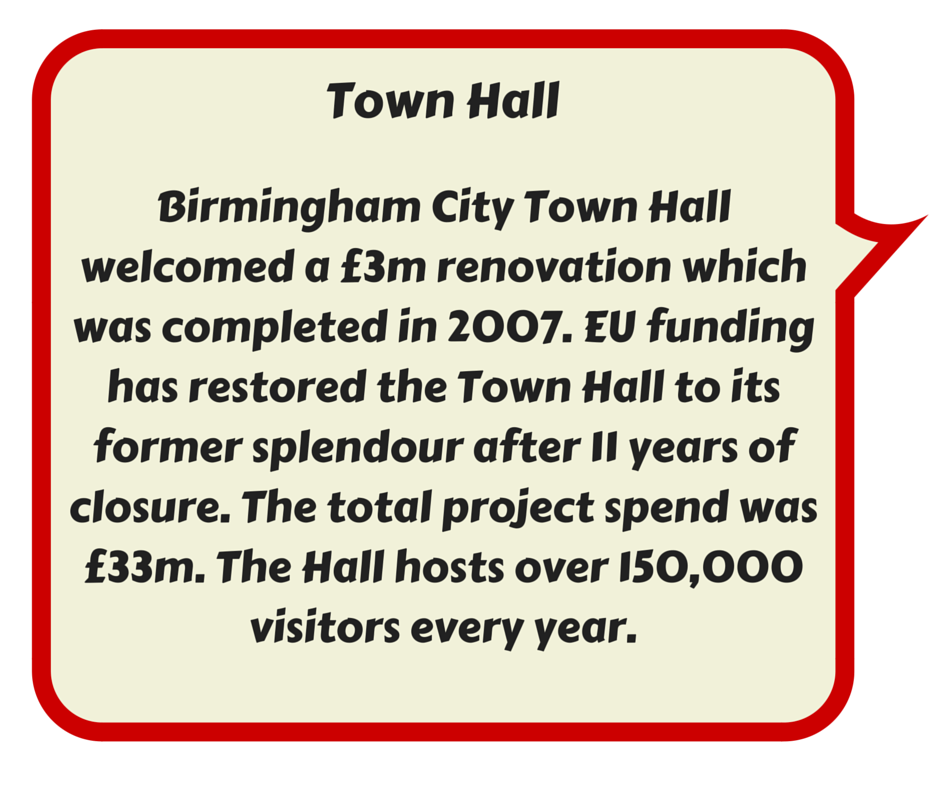 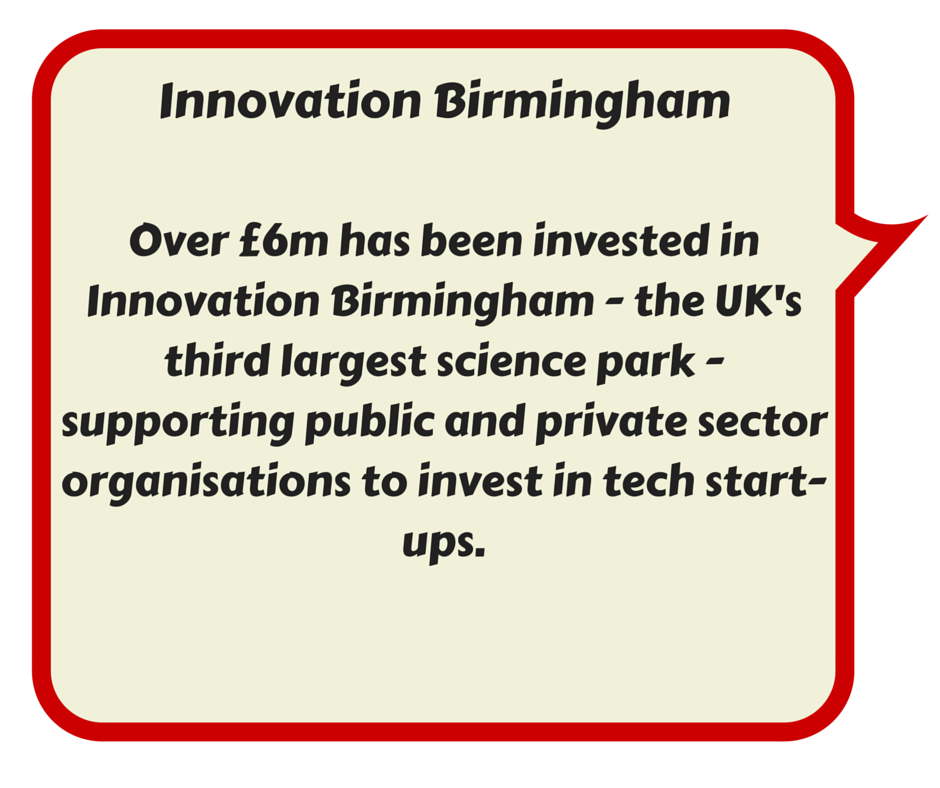 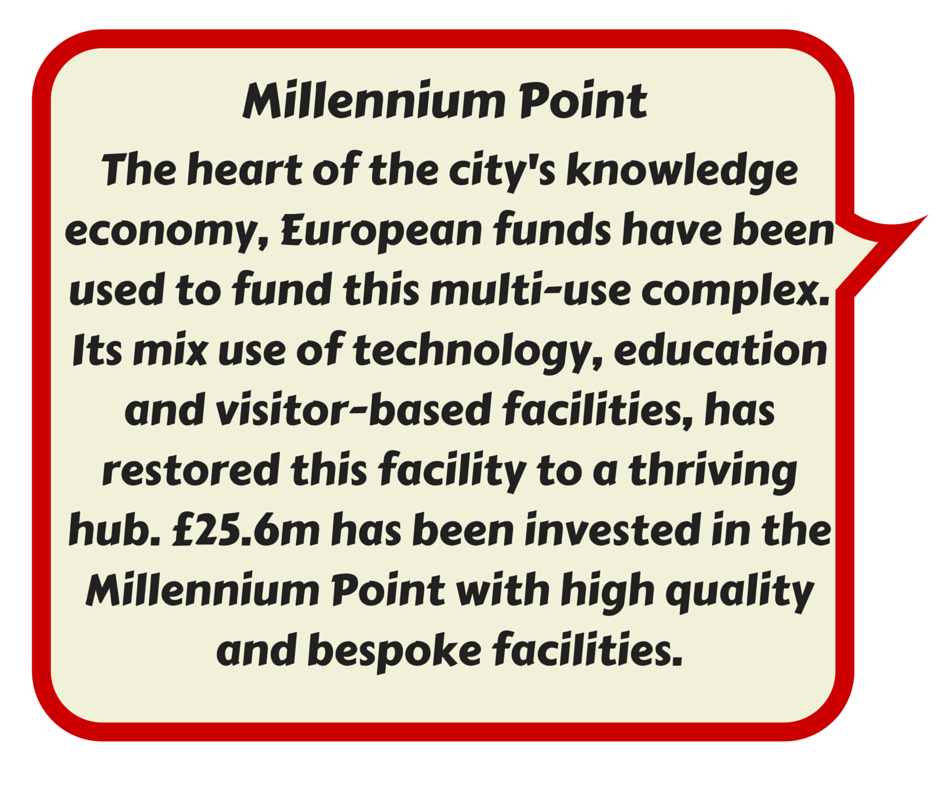 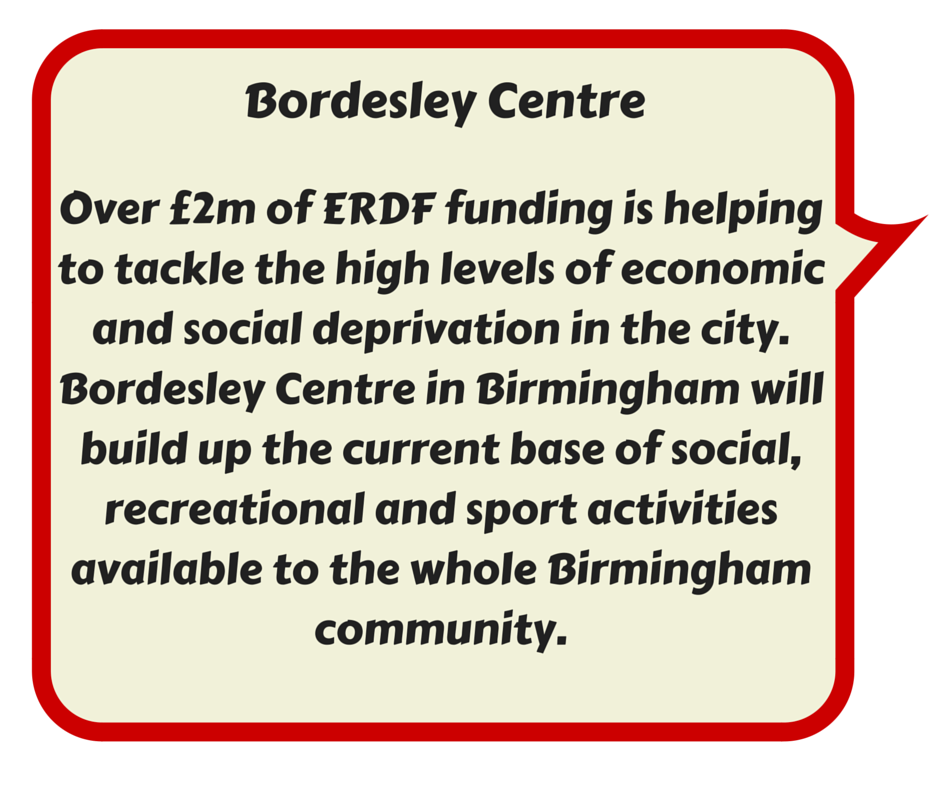 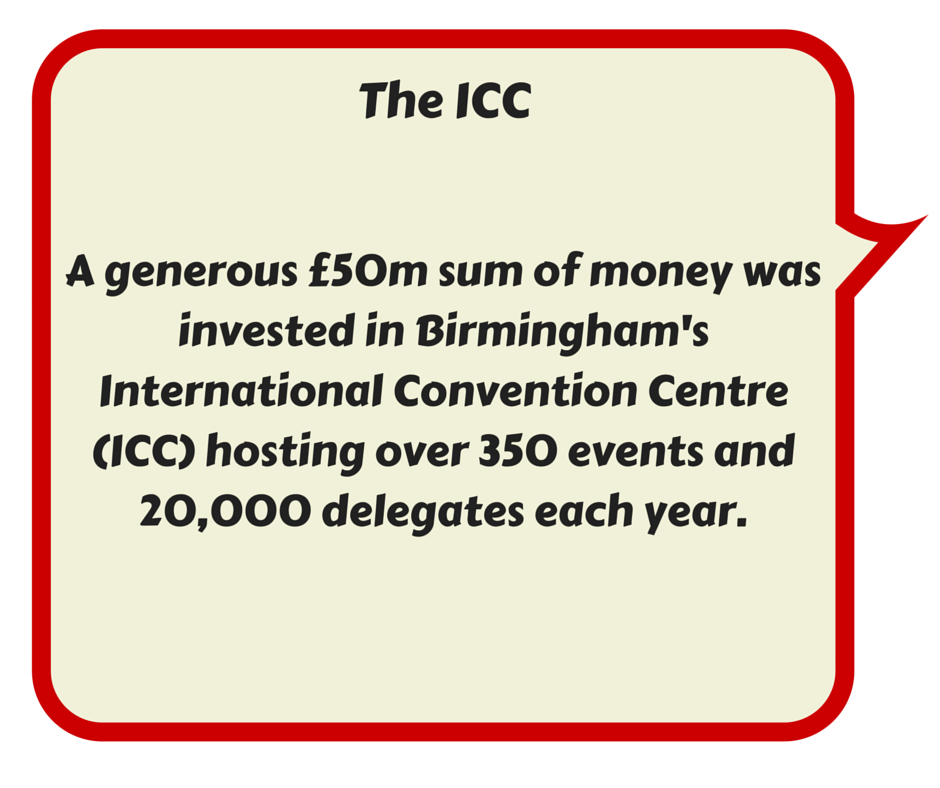 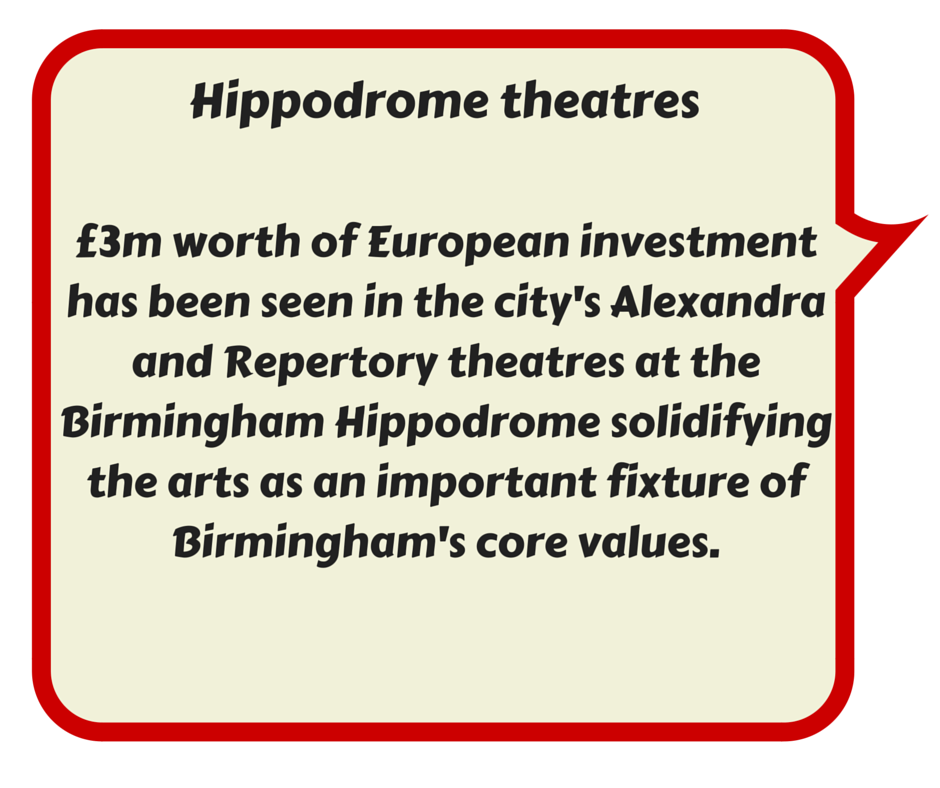 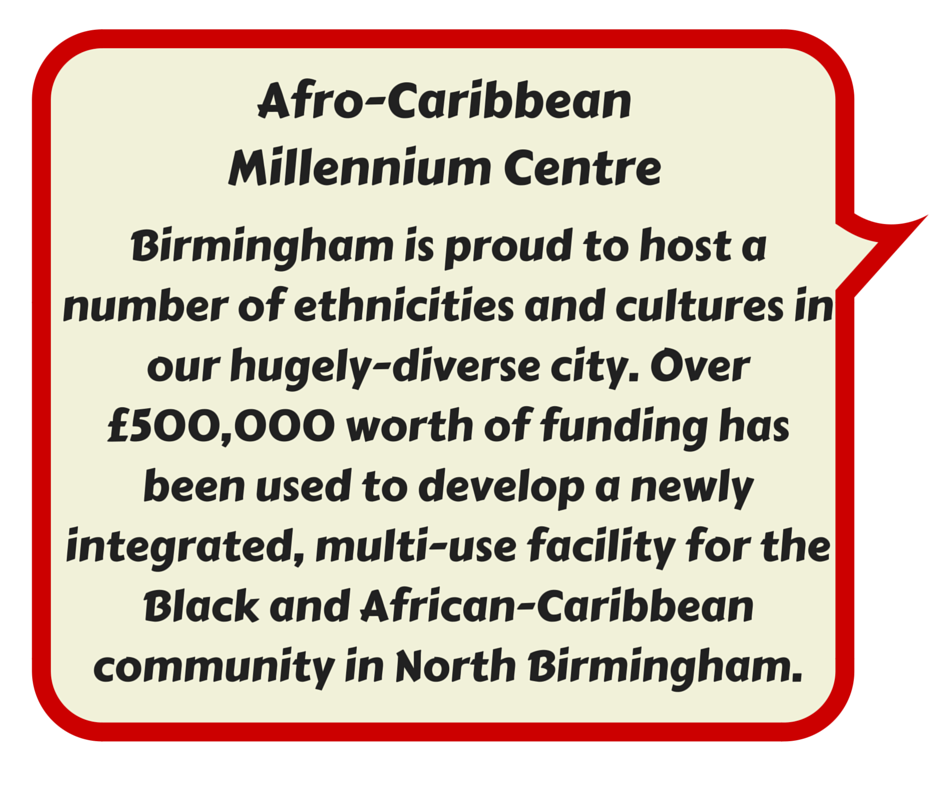 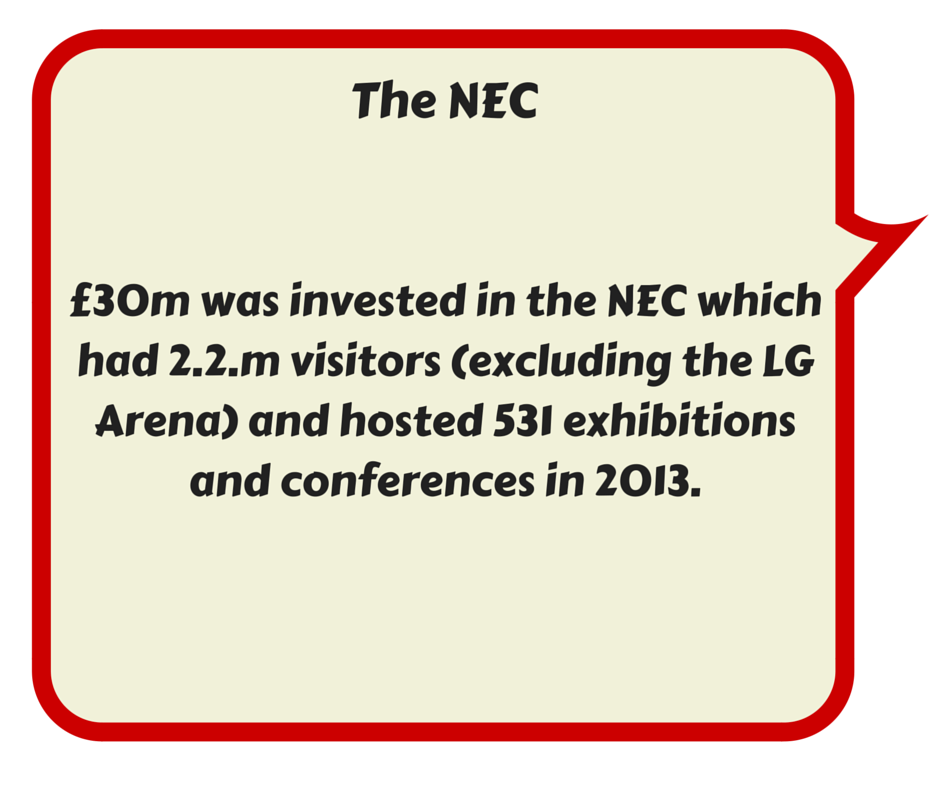 Looking to the future…

Looking to the future, the 2014-20 ERDF programme will support projects that support innovation in 4 key growth areas: (1) Life Sciences, (2) Digital and Creative (3) and (4) Advanced Manufacturing. Two emerging priorities are for the stimulation and support of SMEs to innovate products and products concerned with low carbon levels. Furthermore, the Council’s ambitious aim of reducing carbon levels by 3bn tonnes by 2027 is by looking at the blue and green infrastructure of our city. European funding will significantly assist in innovation and supporting SMEs to drive our future strategies and ambitions of becoming a more greener city.

We hope this piece can serve to validate Birmingham’s importance and stature as a major hub city in Europe. EU funding has been used to revitalise the city’s landmarks cementing Birmingham’s status as European economic centre for business and tourism. We hope this information will serve as an inspiration for future progress that can be made.