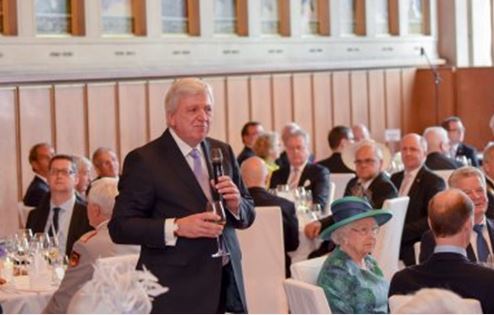 Birmingham Lord Mayor, Raymond Hassall took part in an event organised for HM Queen Elisabeth II during her visit to Frankfurt on 25 June 2015. He was officially invited by the Mayor of Frankfurt, Peter Feldmann and Volker Bouffier, Minister-President of the Garman State of Hesse to take part in the official programme of events. They both felt that Birmingham as one of Frankfurt’s stronger sister cities had to be present at such an important visit. Our sister city relationship with Frankfurt goes back 50 years. We will be celebrating 50th anniversary of our partnership agreement next year. Watch this space for our anniversary programme of events!