European and International Strategy – joint meeting of all area based associations, 9 March 2015 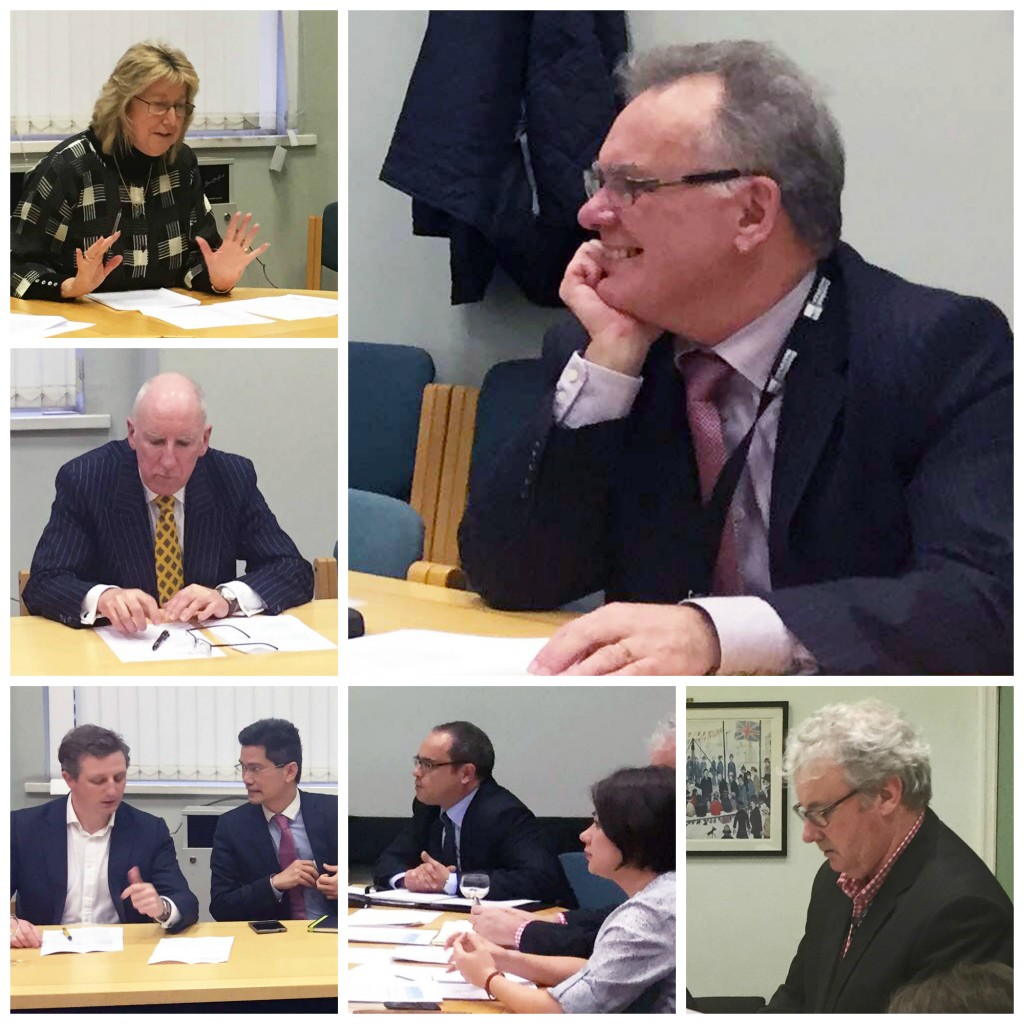 The 9th of March marked an important milestone for the delivery of Birmingham’s European and International Strategy. For the first time since its launch, the four chairs of the area based associations met with the Leader of the Council, Sir Albert Bore. They talked about the first year of implementation of the Strategy and, more importantly, about their successes and achievements.

Birmingham’s European and International Strategy was launched in September 2013. Shortly after, four area based associations were formed and, in early 2014, their chairs were elected. The aim was to engage partners from outside the Council who could represent wider stakeholder community, and, through them, drive forward the ambitions of the Strategy. This challenge was taken on by Jo Andrews (Birmingham City University) who leads the North America Association, Steve Harding (also BCU) Chair of the Europe Association, Gordon Harris (Wragge Ltd) leading the China Association and Keith Stokes-Smith, in charge of the Commonwealth Association. All four of them work on a voluntary basis towards achieving the four objectives of the Strategy: 1) maximising European funding opportunities 2014+; 2) strengthening European and international partnerships, trade and investment; 3) enhancing influence and reputation; and 4) developing joined-up working with our key partners.

To date, the associations have worked with 275 members. The Commonwealth Association accounts to the largest number of members through their Trade and Business, Education and Community Focus Groups. The Education Group is currently working with universities on a document highlighting the benefits brought to the city by foreign students studying here. This document will be available in summer 2015.The Commonwealth Communities Group promotes the Commonwealth among a diverse range of communities. Currently, the group focuses on an enhanced relationship with Jamaica involving a possible trade expo, sports collaborations, exchange of experience around Council services and community events. One of the successes for the whole association was a recent invitation from the Royal Commonwealth Society to establish their branch in Birmingham. Birmingham has also been invited to run a workshop at the Commonwealth Local Government Forum’s biennial conference in Botswana in June 2015 which will be promoting Birmingham’s trade and business activity.

Europe Association is primarily focusing on funding available from the European Union (non-structural funds) and acts as a forum to improve the sharing of information on large EU programmes. It achieves this through organisation and delivery of information workshops (Creative Europe, Erasmus Plus and Horizon 2020). In addition to the funding work, the association has also recently produced a document outlining the “Benefits of working with Europe for Birmingham”. This document highlights many examples of the key benefits that have been secured as a direct result of our engagement in the European Union. In particular, it highlights the benefits from the £1billion of EU funding brought to the city, the trade and export achievements and impressive levels of inward investment. Read the document here.

North America Association is focusing on business and trade, education, culture and public sector. We are particularly proud to announce that this week, the association will launch an internship programme with our sister city Chicago involving National Express, City Hall, Gensler, Mace and KPMG. More information here. The Association has been also actively supporting enhanced collaboration between the Birmingham City University and DePaul University from Chicago. As a result BCU is sharing with Chicago their learning tool ‘Share Ville’ specifically designed for people with learning disabilities. There is more collaboration planned between Birmingham and Chicago as the British America Business Association have offered to sponsor an exchange programme between Birmingham and Chicago schools. Other interesting learning initiatives involve West Midlands and Chicago Police departments who explore how access to data on social media can boost their intelligence gathering activity, or the Social Services Departments from Chicago and Birmingham who have been working together on issues like child welfare and youth delinquency.

In its early days, in November 2013, China Association planned, managed and delivered the Leader’s visit to Beijing, Guangzhou and Chongqing. The visits were strategically important and had a focus on inward investment, sister city relations and securing direct flights. As a result, in 2014 direct flights between Birmingham and Beijing were established and there are plans to sustain this connection at least until 2017 as the number of travelling people exceeded expectation. The association has also been actively working to support out further and higher education sector to better benefit from the Birmingham China relationship. At the moment, the biggest priority for the association is to focus on Chinese capital and FDI investment in to Birmingham with a new partnership approach with Marketing Birmingham. The relationship with Guangzhou is also seeking to profit from the EU-China Partnership on Sustainable Urbanisation launched in 2013.

The meeting was concluded by the Leader, Sir Albert Bore, who felt that the initiative has got off to an incredibly positive start and expressed his hope that the good work will be continued during the next year.