Late on Christmas Eve 1914, men of the British Expeditionary Force heard the German soldiers singing carols and patriotic songs and saw lanterns and small fir trees along their trenches. Messages began to be shouted between the trenches. The following day, British and German soldiers met in No Man’s Land and exchanged gifts, took photographs and some played football. They also buried casualties and repaired trenches and dugouts. Some officers viewed the truce as a chance to improve living conditions in the trenches, while others worried that such unwarlike behaviour would undermine fighting spirit. The High Commands on both sides took measures to ensure such fraternisation would not happen again, and the 1914 Christmas Truce remained a unique event on the Western Front. 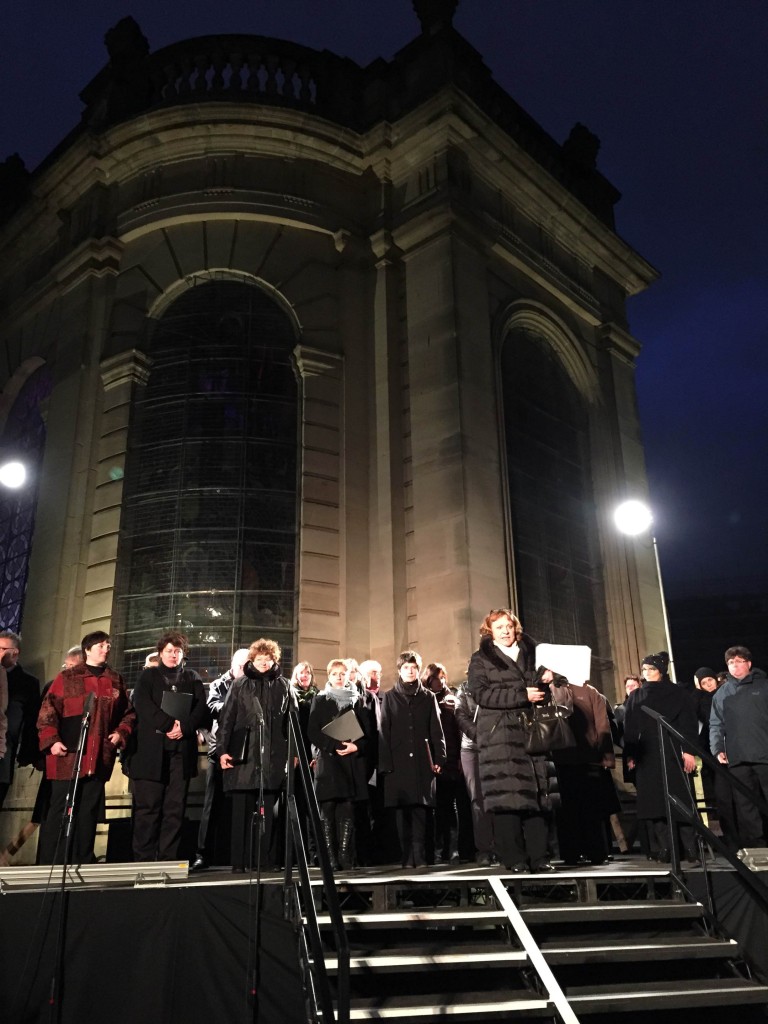 On 20 December 2014, Birmingham Cathedral Choir and Frankfurt Cathedral Choir met at the Cathedral Green in Birmingham and sang Christmas songs in English and German together to mark the iconic moment in World History when ordinary soldiers from opposing nations were united in the desire for peace in a time of conflict.

The performance was weaved into a visual / physical choreographed performance of ‘War Bride’ with an emotive underscore representing ideas of peace and reconciliation.

Andrew Hamilton joined in reading an excerpt from his book about his Grandfather’s experience of the Christmas Truce in the trenches. The event was finished with a prayer led by the Dean of Birmingham Cathedral, Catherine Ogle. 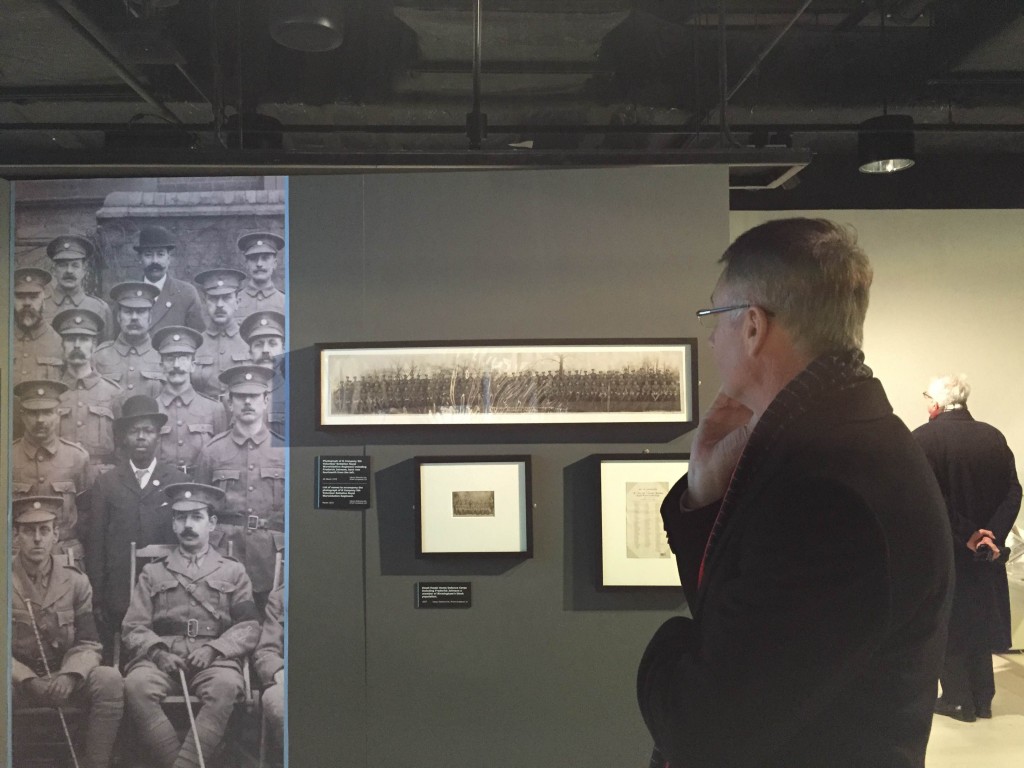 The event was attended by Deputy Mayor of Frankfurt, Michael Paris alongside the Deputy Lord Mayor of Birmingham, Councillor Mike Leddy.

This was Michael Paris’ third visit to Birmingham and in his words ‘the most interesting and significant so far’. His programme included a visit to the War and Peace exhibition at the Library of Birmingham and a tour of Birmingham lead by a blue badge guide. He also visited the Frankfurt Christmas Market together with the Deputy Lord Mayor of Birmingham.