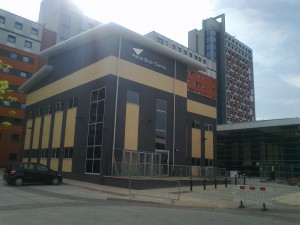 Researchers from the Aston Brain Centre will visit Lyon from 23 to 25 September as part of the newly established Lyon Birmingham partnership in neuroscience. This meeting will involve developing and sharing the latest developments in neuroscience. 18 scientists from the Aston Brain Centre based at the University of Aston will come together with scientists from the Neurodis Foundation, based in our partner city Lyon. During the trip, scientists from both groups will come together to discuss ideas and developments in the areas of epilepsy, central pain and neuroimaging. There will also be a discussion on how the relationship can be developed in the future with regards to funding, future topics for discussion, financing exchanges and lobbying at the EU level.