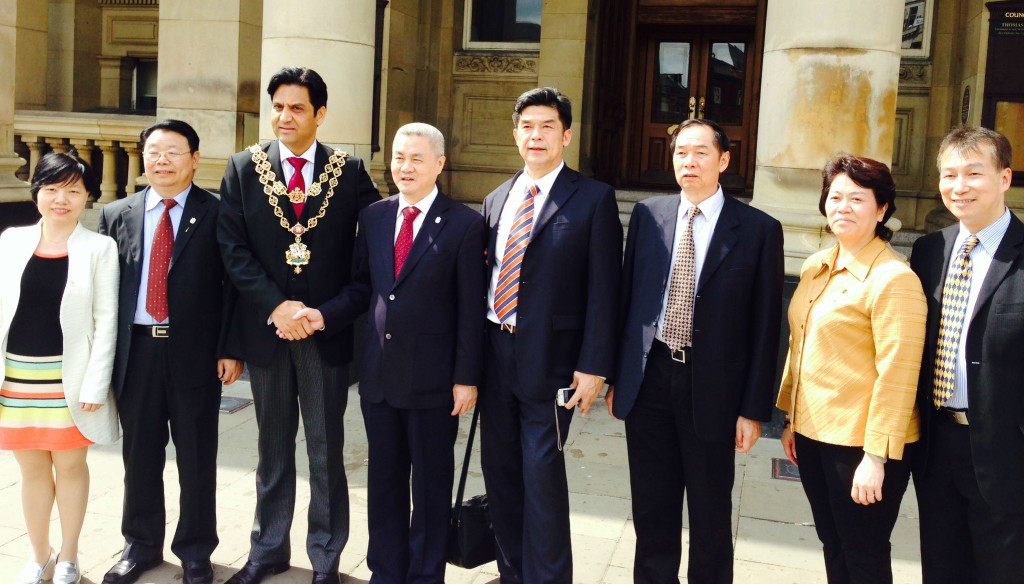 As we have already reported, the leaders of Guangzhou’s People’s Congress visited Birmingham recently to continue the ongoing knowledge exchange on urban issues between our two cities. The People’s Congress have a pivotal role in setting the policy and economic direction of the city of Guangzhou, home to 12 million people and one of Birmingham’s three sister cities in China.

Their main area of focus this time was get a better understanding of the national and local framework for budget and financial management in British cities.

They held seminar sessions with Deputy Chief Executive, Paul Dransfield, expert academics from the Institute of Local Government at University of Birmingham and were hosted for dinner by the China and Far East Area Focussed Association .

Attending the dinner were members of the Association who have a wide ranging interest in China, in particular Guangzhou, including Wragge Lawrence Graham, Universities of Birmingham and Aston and Birmingham Airport.

We were also joined by artists Andrew Lacon and Stewart Whipps who are working with Nicola Shipley of GRAIN on an exciting photographic exchange with Guangzhou as part of a wide ranging MOU between the Library of Birmingham and the Library of Guangzhou which can be found in our online documents library here.

The delegation, led by Mr Xie Baohuai, were also received by the new Lord Mayor of Birmingham to exchange gifts on behalf of this city.