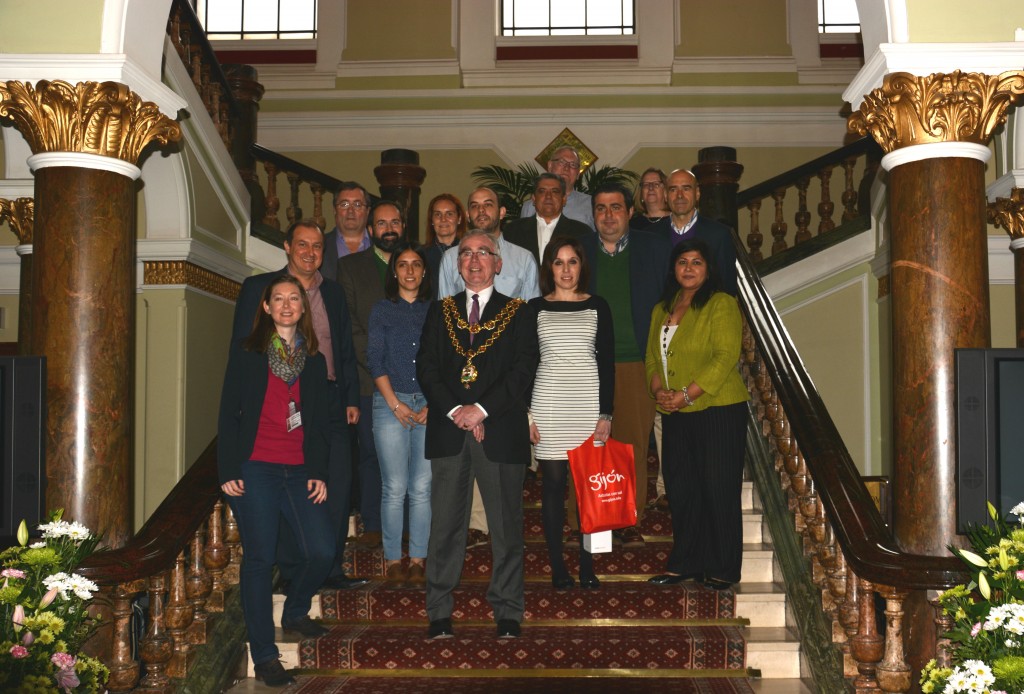 Gijón has been awarded funding from the European Commission to develop innovative ways of tackling youth unemployment. The results of their pilot project will further inform the EU Youth Employment Initiative. The Spanish city faces a high unemployment rate, with more than 50 per cent of young people without a job. During their visit to Birmingham, the delegation sought elements of good practice which they can incorporate into their pilot project.

Following an official welcome to Birmingham by the Lord Mayor, Mike Leddy, colleagues from the Employment Services at Birmingham City Council explained the work of the Employment Access Team and the Youth Unemployment Commission. During lunch, the delegation also had the chance to meet key individuals from different organisations who are engaged in employment projects.

In the afternoon of their first day, the Spanish visitors, a majority of whom work for Gijón’s Employment Department and the city’s Youth Association Federation, visited “The Factory” in Longbridge. The newly built youth centre took up its work in November 2013. It is jointly run by three organisations – Adult Education, Youth Service and Connexions – who work with 16 to 19 year-old unemployed young people. After a presentation by members of staff, the visitors were shown around the building which, among others, does not only feature a several work stations, but also a sound studio, a gymnasium and an outdoor basketball court.

On Day 2, the Spanish delegation met with Jobcentre Plus employees on Broad Street. This Jobcentre Plus focusses specifically on 16 to 24 year olds, supporting them to find apprenticeships and/or employment. The delegation’s programme concluded with a presentation of targeted recruitment and training for young people as part of the New Street Station re-development.

For both sides the visit had been a great opportunity of exchanging practices and ideas as well as getting to know about opportunities and obstacles encountered in their area of work.