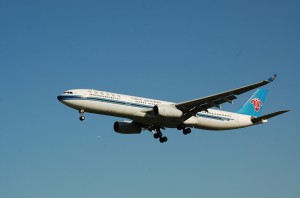 This summer Birmingham will be the first city outside of London to launch direct flights to China. The Guangzhou-headquartered China Southern Airlines will be running a Beijing-Birmingham route from this July. The announcement follows months of hard work by the airport team, and other Birmingham agencies such as the city council, including a visit by Sir Albert Bore, Leader of Birmingham City Council, to meet with the Mayor of Guangzhou and high level China Southern Airlines executives last November.

Direct flights are only now possible due to the significant investment Birmingham Airport and its shareholders, which includes Birmingham City Council, have committed to extending the airport’s runway  which will is operational from this month. The runway extension will provide airlines with unlimited take off range, allowing jets to fly direct to China, and puts Birmingham in an ideal place to become an alternative gateway to the UK for flights from China and beyond.

Sir Albert Bore, Leader of Birmingham City Council, said, “China is a hugely significant market for Birmingham and the West Midlands, so we look forward to the prospect of even more Chinese visitors coming to the city using this new, landmark route.

“We are working proactively to ensure that Birmingham is viewed as a key location on the itineraries of Chinese travel agents and investors – and our efforts are bearing fruit.

“While the city has recently secured groundbreaking deals from Chinese investors, research undertaken by Marketing Birmingham’s Regional Observatory also indicates that Chinese tourists are extremely positive about the city’s range of activities, connectivity and reputation. Our challenge now is to continue to offer a warm welcome to new Chinese visitors wishing to explore our popular leisure and business destination.”

The news was welcomed by the UK government with the previous Secretary of State for Culture saying; “This is great news for Birmingham and Britain. China is a vital trade and tourism partner for us and opening up this new route will encourage even more Chinese visitors to fly to our country and experience more of what our GREAT nation has to offer outside of the capital – from tourist attractions to shopping, culture to heritage. The new route will provide great investment and job opportunities for businesses in Birmingham and the Midlands.”

The summer programme will involve direct flights operated by China Southern Airlines arriving from Beijing into Birmingham between 22nd July and 6th August. Caissa, one of China’s leading travel specialists, will sell a range of organised package tours to Chinese visitors seeking to explore the world class tourism attractions in the Midlands, the North of England and London.

The announcement is part of an increasing drive to show Chinese tourists and business that London airport’s are not the only option for visiting the UK and that Birmingham’s proximity to the capital and other tourist destinations is a crucial asset in the future of Birmingham-China relations.

There will be a reception to mark the inaugural flight at the airport on the 22nd July and Sir Albert Bore will be hosting a welcome lunch and reception at the Council House.